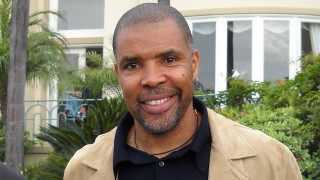 24 is bringing in a TV veteran to help save Jack’s latest (and possibly last) bad day: Eriq La Salle has signed on to appear in this season’s final two episodes, sources confirm to me exclusively. The former ER doc will play the charming and regal UN Secretary General.

24 casting call: “these are the final episodes”

Fox has yet to officially announce whether 24 will end its eight-season run this May but clues continue to pop up that suggest otherwise. Here’s the latest: a casting call for the role of a U.N. secretary general on 24 went out to talent agencies this week and included an advisory: “These are the final… View Article

The back-to-back episode of 24 this year is scheduled for Monday April 5th, 2010 (8:00PM-10:00PM). Typically these have occurred earlier around the mid-season point, but this one will be a few episodes later. Cherry Jones said last month that episodes 15, 16, and 17 “are three of the most exciting [episodes] of the entire eight… View Article