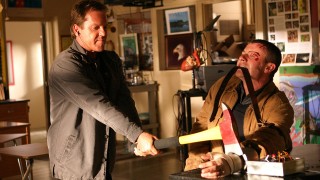 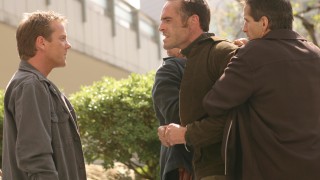 SAUNDERS TELLS JACK 11 VIALS OF VIRUS WILL BE RELEASED, SHERRY MAKES HER MOVE TO BE MRS. PALMER AGAIN ON “24” MAY 18 ON FOX Saunders tells Jack that the remaining 11 vials containing the virus are to be released within the hour. Meanwhile, Sherry makes a play to be Mrs. David Palmer once again… View Article 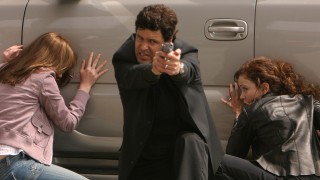 Carlos Bernard (“Tony Almeida”) and Reiko Aylesworth (“Michelle Dessler”) will be guests on the first of four presentations of the webshow “24inside,” taking place Tuesdays, May 4, 11, 18 and 25. On the same night as each episode airs in May, “24inside” can be viewed on-demand at www.24inside.com. “24inside” is similar to a standard entertainment… View Article

JACK AND CHASE MAKE THEIR PLAY AGAINST SAUNDERS, PALMER DEALS WITH KEELER’S PLAN GOING ON THE OFFENSIVE ON “24” MAY 4 ON FOX As Jack and Chase make their move to grab Saunders, Tony must choose between his duty and protecting his wife. Meanwhile, President Palmer deals with Senator Keeler’s plan to go on the… View Article

JACK GETS LEVERAGE AGAINST SAUNDERS, PALMER IS TORN FACING NEWEST DEMAND ON “24” APRIL 27 ON FOX CTU gains the upper hand as Jack takes control of Saunders’ one weakness. Meanwhile, Palmer must comply with Saunders’ latest demand or deal with the virus being released in a second location in the episode “Day 3: 8:00… View Article 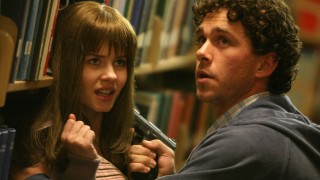 JACK LOOKS TO TAKE THE UPPER HAND IN DEALING WITH SAUNDERS, CTU SEARCHES FOR HOTEL GUEST WHO ESCAPED ON “24” TUESDAY, APRIL 20 ON FOX With Saunders now calling the shots, Jack looks to create a surprise of his own to gain the upper hand. Meanwhile, CTU is hot on the trail of a hotel… View Article 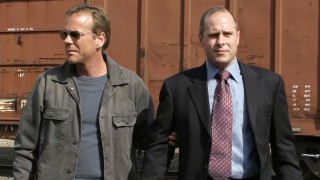 PRESIDENT PALMER IS ORDERED TO HAVE KEY PLAYER AT CTU KILLED; MICHELLE OFFERS PEOPLE INFECTED AT HOTEL A PEACEFUL ENDING ON “24,” APRIL 18 ON FOX What will the infected people do when Michelle offers them all a peaceful ending? An all new episode of FOX’s “24” Day 3: 6AM-7AM airs Sunday, April 18 (9:00-10:00… View Article 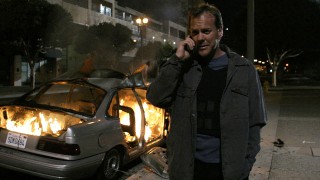 JACK LOOSENS HIS CONTROL OF AMADOR SO HE CAN ESCAPE, CTU IMPOSES A QUARANTINE AT A LOS ANGELES HOTEL ON “24” MARCH 30 ON FOX 9 Originals in a Row to Season Finale Jack loosens his control of Amador in order to find out who he’s working for. Meanwhile, one of 12 vials containing the… View Article

JACK MUST DEAL WITH CTU QUESTIONS AFTER SHOOTING A WITNESS, SHERRY GETS QUESTIONED BY POLICE ABOUT ALAN MILLIKEN ON AN ALL-NEW “24” FEB. 24 ON FOX Jack must deal with due process questions following his sudden killing of a key material witness in the ongoing investigation for the viral terrorist threat. Meanwhile, Sherry is questioned… View Article 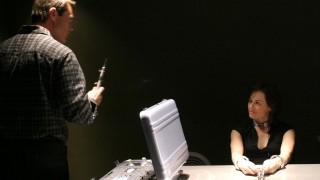 CHAPPELLE CONFRONTS JACK ABOUT HIS DRUG USE, CTU LEARNS OF SURPRISING FAMILY SITUATION INVOLVING CHASE, SHERRY CREATES A DANGEROUS LIE TO COVER HER TRACKS ON AN ALL-NEW “24” FEB. 17 ON FOX After confronting Jack about his drug use, Chappelle considers pulling him from active duty. Meanwhile, Chase faces a secret he’s been keeping from… View Article 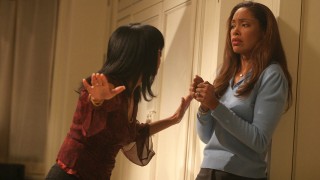 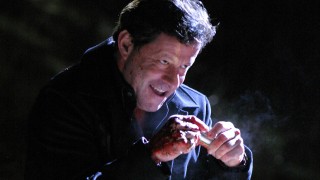 NINA TRIES TO TURN RAMON AGAINST JACK, SHERRY PRESENTS A WAY TO BRING DOWN ALAN MILLIKEN ON AN ALL-NEW “24” FEB. 3 ON FOX With less than an hour before the delivery of the virus, Nina tries to convince Ramon Salazar that Jack isn’t who he says he is. Meanwhile, Sherry needs President Palmer’s help… View Article