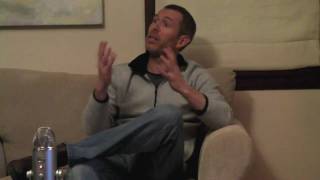 Trig and Jamie from the 24 UK Podcast were invited into Jordan Marder’s home for an exclusive interview. Jordan plays Dimitri in 24 Season 8, a villain that will run into Jack Bauer.