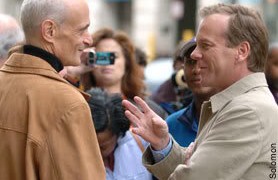 The thin line between reality and TV blurred even further yesterday when Homeland Security Secretary Michael Chertoff dropped by the “24” set to meet Kiefer Sutherland. Chertoff, a huge fan of the show, got his picture taken with the actor and watched Jack Bauer and FBI agent Renee Walker (Annie Wersching) repeatedly drive up to… View Article

Take it from Michael Chertoff: The Homeland Security Department is no 24. Chertoff, the department’s secretary, says he doesn’t have a way-cool, state-of-the-art Counter Terrorist Unit like the one on the Fox TV show. Bad guys aren’t foiled on an hourly basis. And not everybody is romantically involved with co-workers. So by the time the… View Article 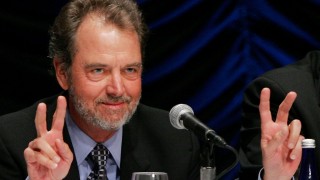 Cast of “24” Discuss Fact Vs. Fiction In War On Terror

Here are some high quality images from a panel discussion “’24’ and America’s Image in Fighting Terrorism: Fact, Fiction, or Does It Matter?” held on June 23, 2006 in Washington, DC. Gregory Itzin, Carlos Bernard, and Mary Lynn Rajskub were the cast members in attendance along with 24 co-creator Joel Surnow, Homeland Security Secretary Michael… View Article