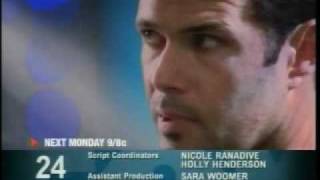 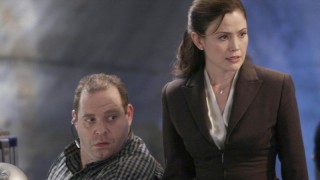 JACK AND PAUL TRACE WHEREABOUTS OF TERRORIST LEADER, HELLER BRINGS IN A REPLACEMENT FOR ERIN AT CTU ON “24” MONDAY, MARCH 7, ON FOX Jack and Paul trace terrorist leader Habib Marwan to Paul’s company headquarters, but face resistance when they arrive. Meanwhile, a tragic loss for Erin prompts Heller to bring in a replacement… View Article 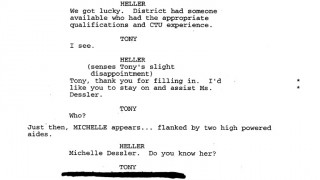 Insider “Jennifer Smith” at 24fan.blogspot.com received quite the scoop in the mail today – a script page from an unknown episode of 24 Season 4! The episode number/title has been blacked out, and so has Tony’s final line of the episode. Hmmm… With Season 4 having started production this summer, this Tony/Michelle reunion most likely… View Article