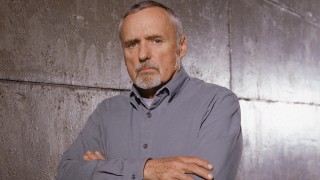 The clock keeps ticking on the spy series “24” and the cloak and dagger intrigue keeps coming. Now, as he races against time to stop a presidential assassination, Kiefer Sutherland has to do battle with a diabolic Dennis Hopper. Kiefer explains, “Dennis is a character that comes from his past.” Of his role, Hopper told… View Article