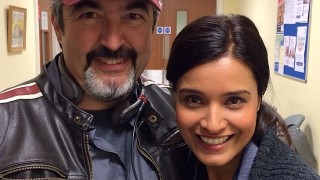 Director and executive producer Jon Cassar has shared a photo of actress Shelley Conn on set yesterday. They previously worked together on the 2011 sci-fi drama series Terra Nova where she played one of the leads characters. Conn was hand-picked by Steven Spielberg. Judging by the setting and her clothing, Shelley Conn appears to be… View Article