Mandeep Dhillon is a young British actress that plays a character in 24: Live Another Day. 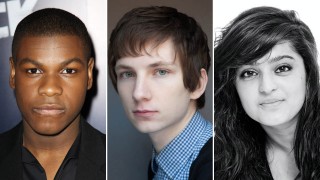