HOLLYWOOD, CA and BEDMINISTER, NJ — Fox Entertainment Group and Verizon Wireless, the nation’s leading wireless service provider, have entered into an agreement to bring the excitement of “24” to Verizon Wireless V CAST customers. As part of the overall deal, FEG’s Twentieth Century Fox Television has licensed the rights to distribute “24: Conspiracy,” an original live-action thriller video clip series inspired by the Emmy and Golden Globe Award winning drama “24,” to Verizon Wireless. Available February 7, 2005 to V CAST customers, “24: Conspiracy” introduces an entirely new collection of characters from those on the broadcast television series and will be distributed exclusively in the United States by Verizon Wireless. V CAST from Verizon Wireless is available to consumers today and is the first true 3G wireless broadband consumer multimedia service in the country, allowing customers to view crystal clear video clips on demand and graphics for 3-D games because it runs on Verizon Wireless’ Evolution-Data Optimized (EV-DO) network – the only widely available wide-area wireless broadband network in the United States. The V CAST coverage area, which mirrors Verizon Wireless’ EV-DO network, is available in more than 30 major metropolitan markets and covers more than 75 million people.

Under terms of the agreement, Twentieth Century Fox Television will distribute twenty-four serialized mobisodesTM, each approximately 60-seconds in length, and Verizon Wireless will offer the series through its V CAST service to its customer base in the U.S. throughout the run of the television show’s fourth season. With Windows Media delivering “24: Conspiracy” to V CAST phones, Verizon Wireless customers receive a high-quality wireless multimedia entertainment experience.

Designed to be seen on Verizon Wireless V CAST phones, “24: Conspiracy” gives “24” fans the unique opportunity to race from their television sets every week to their wireless phones to catch the latest mobisode. All twenty-four installments of “24: Conspiracy” will run sixty seconds with a cliffhanger ending leading directly into the next installment, culminating in a shattering final episode in which all questions will be answered.

Like the television series, the story concerns the operations of agents working for the Counterterrorist Unit, an arm of the CIA devoted to preventing and responding to terrorist attacks on American soil. In the series’ first mobisode, when the beautiful and dangerous rogue federal agent Susan Walker murders a high-ranking government official, it’s a race against time for agent Martin Kail to bring her to justice. But is she the true enemy of the state? Or is Kail a pawn in a conspiracy so deep that no one – not even his own bosses in the government’s Counterterrorist Unit – can be trusted?

For $15.00 monthly access added to their Verizon Wireless calling plan, customers get the V CAST VPak which includes unlimited access to a wide array of more than 300 daily updated video clips from leading content providers. Unlimited basic video clips are included, but application download fees will still apply for 3D games, premium video clips, and all other Get It Now® applications. There are no airtime charges to download, stream and watch “24: Conspiracy” and other V CAST content. For a limited time, customers who sign up for V CAST will receive two months of service free. Verizon Wireless V CAST customers also receive monthly access and unlimited browsing on Verizon Wireless’ Mobile Web 2.0SM news and information service. In addition, customers can choose from premium video clip content, available at additional cost that will include music videos and more.

V CAST’s array of hot new multimedia programming is located in the Get It Now virtual store – customers can access video clips from favorite news, sports and entertainment providers in the getVIDEO shopping aisle and check out new cutting-edge 3D games in the getGAMES aisle. V CAST also gives customers unlimited airtime to browse and view applications in the other familiar Get It Now shopping aisles – such as getTONES and getGOING – but application download fees still apply. 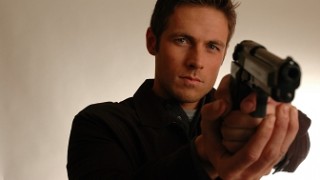 Vodafone K.K. announces today that on 3 October 2005 it will launch “24: Conspiracy”, a new made-for-mobile drama inspired by the blockbuster Fox TV series “24”*1, on Vodafone live! for 3G*2. Coinciding with the fourth season of the “24” TV series, “24: Conspiracy” consists of 24 one-minute episodes that take place at CTU*3 Washington D.C…. View Article