In celebration of the 20th anniversary of 24, series lead Kiefer Sutherland and many fan-favorite cast and crew members will be reuniting for a very special virtual reunion and discussion over Zoom. They will appear together on a classic 24-style split screen, interact with fans, and share their experiences of working on the iconic action series.

“24 fans were the greatest I’ve ever experienced. I can’t wait to talk to you all,” said Kiefer Sutherland about the upcoming event.

Tickets are on sale for $24 USD at 24Convention.com with a portion of the proceeds being donated to Operation Smile. The 24 Virtual Convention is produced by GoTellSomeOne Podcasts, Mimetic Productions and the 24 Universe Team.

An edited highlight reel will be available later this month, with further footage being released exclusively to ticket holders first.

Below is a list of the confirmed guests, subject to change based on availability.

Kiefer Sutherland is the highest-paid actor in a TV drama

Washington, Aug 7 (ANI): Charlie Sheen and Kiefer Sutherland have been named the top-earning actors on the small screen in the U.S. According to a new TV Guide magazine “Who Makes What”, Sheen rakes in 825,000 dollars per episode of his sitcom Two and a Half Men, reports Contactmusic. Sutherland leads the drama list, pocketing… View Article 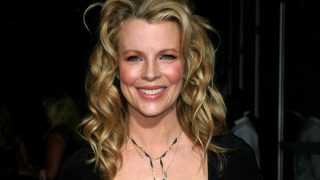 Kim Basinger to join cast of 24?

Kim Basinger says she’s a huge fan of “24” and expressed her desire to star on the show one day.

December 1, 2021 at 5:51 am
XAM, I’m glad to see you’re still alive. Your comments gave me great entertainment over the years.

November 8, 2021 at 3:03 am
Finally post on this site! I am so excited… hopefully we will see some kind of update.. if they could renew dexter after the horrible ending, the 24 deserves to be revived definitely more.. JB deserves a real closure

November 8, 2021 at 6:22 am
Nice to see the site still kicking even in these barren post-[I]24[/i] days. It’s a wonderful day to reflect on this show and the impact it had. Was quietly hoping for a revival announcement today against my better judgement, but alas, the world has moved on. I cannot believe it was 20 years ago. I was only 9 years old. Unreal. 24 – and Jack Bauer – occupies a special place in my heart. Thanks for the memories and thanks to the many fine people who have been part of the community here and on other sites.

November 12, 2021 at 2:06 pm
I’ve been watching the show again this year with my wife, her first time. The site’s been a great resource for all the extras! Thanks for still being alive. I hope we have more to talk about again soon!

November 17, 2021 at 2:07 pm
So what happened at the panel? I’ve heard nothing about it at all. I was going to pay but the organizers were so difficult to get ahold of, that I couldn’t even ask what it would consist if, and if we’d be sent a link after to watch or if it was be there on time or nothing.