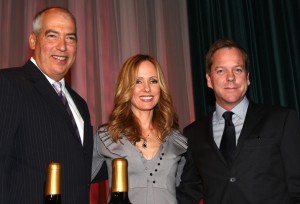 Fox studio chairman Gary Newman has stated that they’d like to find a way to extend 24 beyond the eighth season, suggesting that the series could continue “in some slightly altered form”.

How many times can Jack Bauer defeat terrorists?

It’s a question on the minds of fans as they await the finale of the seventh season on Monday night. It’s also a question that some at Fox will be asking as production starts on the eighth season.

Fox is expected to include “24″ when it announces its 2009-10 season schedule in New York on Monday. The diminished ratings for the series and the potential legal trouble for Kiefer Sutherland, the actor who plays Mr. Bauer, have led some to suggest a series finale is on the horizon.

Gary Newman, the Fox studio chairman, said in an interview last week that “we want to find a way to extend it beyond season eight.” It may not be easy. The show has come under criticism in past season for repetitive plot lines, among other attributes.

“As we get into season eight, we will be talking to our show-runner, to Kiefer, to the network, and trying to figure out whether the same model should continue beyond season eight, or whether this is a franchise that can benefit from re-creation,” he said. He suggested that “24″ could continue “in some slightly altered form,” but would not elaborate.

He added, “We think it’s a fantastic franchise with incredibly strong elements.”

Fox will release the seventh season on DVD Tuesday, in what is believed to be the first series to be released on DVD immediately after the season finale. More in Monday’s edition of The New York Times.

Kiefer talks about filming a special “goodbye” feature for the 24 Season 8 DVD and how he became emotional as the cameras were rolling. Kiefer Sutherland admits he wasn’t ready when his time on “24” stopped the week before last. “We had months to prepare for that last day, and I’d thought of what I… View Article 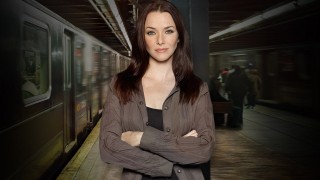 If you think 24’s conflicted FBI agent Renee Walker was put through the wringer in her debut “day” on the job, things get even darker for her in Season 8. “She comes back pretty damaged from where she ended in Season 7, definitely darker, and she has some stuff going on,” actress Annie Wersching, who… View Article