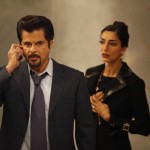 You finally made your debut on the small screen with 24. How was the experience?
Television abroad is completely different from what it is like over here. It’s very mainstream. Whether it’s the infrastructure, the logistics, the actors, the money or the budget — it’s as good as a big budget film. It was like working on a feature.

But it’s still television…
People over there are in awe of Jack Bauer… of Kiefer Sutherland. They are fans of TV shows. Ben Stiller was telling me that for his wife’s birthday party, he asked Keifer to come as a guest to surprise her. That’s the way they look at Jack Bauer’s character. And it looks like the eighth season is going to be the last; that’s what the speculation is so far. So it’s a big thing for me to be a part of the last season of a show like that.

How has the response to 24 been?
I’ve got great reviews. They keep reviewing the various episodes one by one, on and off, and I keep getting good reviews about them. One says, Anil Kapoor continues to impress. It’s been great exposure for me. And this is the kind of show that is being played in the bedrooms of most of America and it just adds to my resume, my body of work, for the future.

Did you have to work very hard to play the role of President Omar Hassan?
Of course. I was playing a Middle Eastern president, so I had to work hard, read Words of Peace edited by Irwin Abrams, go on YouTube to watch the body language. I went through all the speeches of the leaders of the world. I bought all the books and read about those countries, their history… met a lot of Middle Eastern people and learnt to talk like them.

Did you have to do the same for Slumdog Millionaire as well?
Yes, of course. I had to practice a lot. It didn’t happen without any effort.

Were you nervous about working in Hollywood?
Yes, a little. But I was preparing myself. The crew over there and the actors are more organised. Of course, there are creative discussions, but they’re more or less prepared. So I decided to be totally prepared as well. They approached me after having heard of me as a popular actor in India. And they must have had certain expectations in terms of, ‘what can he bring to us?’ So, I went as prepared as I could and asked them, in turn, ‘what do you have to offer?’

In terms of the number of movies and the variety of roles you have done, you are a far more accomplished actor than Kiefer Sutherland… And they gave me that kind of treatment too. On 24, as well as when I was working with Danny Boyle on Slumdog… A lot of Indian actors, who have done roles internationally, tend to get typecast with time… 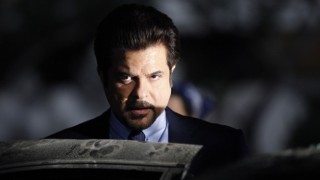