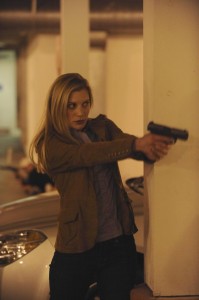 Your character got waterboarded in last week’s episode. What was your reaction when you got that script?
Well, when I first read it, I thought, “It’s about time they do something to this poor girl.” [Laughs] I was excited to do it because I’ve never been waterboarded, and I thought it would really be kind of fun. We tried to do it with a tube in my mouth, which just made it completely difficult, so I was like, “You guys are just gonna have to waterboard me.” They were like, “Are you sure you’re OK?” and I was like, “Oh yeah. Just waterboard me.”

Katee! Who wants to be waterboarded?
It’s pretty crazy. Like, [the scene] was just basically me holding my breath. It was pretty intense. There was one time where I actually breathed in and I thought I was gonna die. I mean, it hurt so much, because your lungs just take in tons of water immediately. For some reason with that towel [over the face] being soaking wet, your lungs suck in water. It’s crazy.

I’ve heard that even if you think you can handle the physical torture of waterboarding, the level of panic it induces in your brain is the thing that really gets you.
That’s the main thing, and not to mention that since the towel is full of water immediately, you can’t breathe through it. As soon as you breathe in, you take in water like you’re underwater.

And they did multiple takes of that?
Oh, multiple. Yes. All day. [Laughs]

You sound kind of giddy about it!
I really like that stuff! I’m a bit insane when it comes to doing my own stunts and getting down and dirty. It’s fun, you know? It’s things I wouldn’t normally do in my real life, so when I go to work and get to beat people up and shoot guns and get waterboarded, those are things I find completely interesting.

Were you happy with what the producers were giving you to do earlier in the season
I took the job based on what I’m doing now.

So you knew that eventually you’d be revealed as a mole?
Basically. I mean, [the producers] didn’t know for sure, but I was blessed and cursed with being told more than other actors usually are, from what I understand. With me, it was a situation where I was coming off of Battlestar and a pilot I’d just done, and I had some options in front of me. I sat down with the writers and the producers [of 24], and they basically said everything that was music to my ears. I was like, “I’ll do it!” Basically, as soon as I saw that there was a role available on 24, I jumped at it, and then when I sat down and talked to them, it seemed to get more interesting and more fun.

So when you were doing scenes with Freddie Prinze Jr. earlier in the season, did you know then that you were the mole?
I think I did. I’m trying to remember. Yeah, I think I did. I knew from the beginning of the season that Dana was Jenny, and then when I killed the ex-boyfriend and pushed him into the water, at that point I was told that I was probably going to be the mole.

Even before the mole reveal, 24 producer Howard Gordon had to assure anxious fans that Dana would eventually pay off. Does that bother you at all, especially after you came off of playing such a beloved character on Battlestar?
Right. I don’t know…I guess I can say that I did my job well, you know? If a character is supposed to be hated, my goal is to make her the most hated person on the show. When I did Bionic Woman and I was playing the villain, because it’s so hyper-fictional, I think you had to make the villain identifiable and interesting. There, you want the villain to win. In a situation like 24, with Dana, she was so bad that I just kept saying to poor Howard and Brannon [Braga], “You guys, seriously, she has no redeemable qualities. There is not one.” I kept trying to find one, because I’ve been told you always have to try to find one [laughs], but I just couldn’t. At that point, I just decided to make her the best bad person possible.

You knew the end was coming for a while on Battlestar, but on 24, they didn’t know the show was canceled until partway through the season. Was the vibe on-set at all similar?
I don’t know, actually. I didn’t really work a lot on 24 — it seems like I was around a lot, but I really wasn’t. When all was said and done, I wasn’t there, so I don’t know how everyone took it. This is a difficult town, a difficult business, and a difficult economy right now, so I don’t think anyone wants to find out that they don’t have a job anymore. It’s not a good thing to have to deal with. 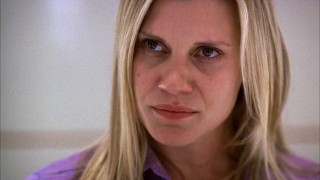 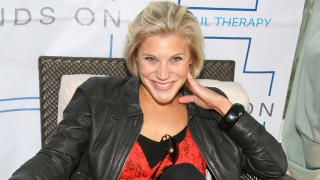