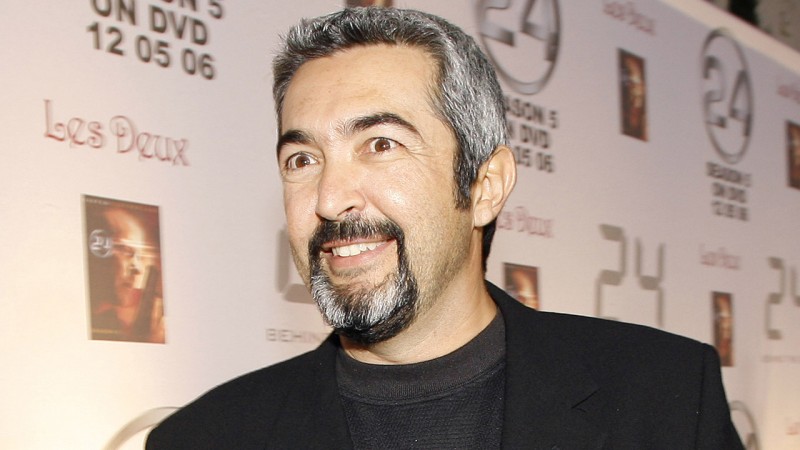 Longtime 24 director and executive producer Jon Cassar announced today that he is returning to the franchise and is scheduled to direct half of the episodes for 24: Legacy.

Its official, I'm happy to report I'm returning to the new #24Legacy as a Director/Producer. I'll be directing 6 of the 12 episodes.

Cassar is a veteran 24 director, having been involved since the very first season. In total, he’s filmed 62 episodes of the series along with three DVD prequels and the two-hour television movie 24: Redemption. In 2006 he won two Emmys and a DGA Award for his work on the show.

It’s reassuring to know 24: Legacy is in very capable hands. Aside from Jon’s work behind the camera, he was intricately involved in the entire creative process of 24 from casting to scripts and stories. There’s perhaps no one better to help usher in this new installment of 24 than him.

The pilot episode for 24: Legacy (which is all that’s been filmed so far) was directed by Stephen Hopkins who is also expected to return. The series is scheduled to resume production in Atlanta this September.

July 26, 2016 at 10:12 pm
For heavens sake, even though 24 Legacy has the same writers, same producers, same sound track guy, same real time format, same CTU, same anti-terrorist story line, same Presidential sub plot, and now the same director(s), there are still people who think the show will be trash. Classic 24 always had new characters rolling on to the show and old characters rolling off. I can hardly wait for Super Bowl day.

July 27, 2016 at 4:20 am
How is doing the same thing every year not just “trash”? We want something new, exciting and different! Jon Cassar is just pedestrian and formulaic. He was once quoted saying “It’s not a decent 24 opening episode if there isn’t a huge explosion”, showing how his creative process works

Gee, I guess that’s why so many hated Season 1 and it’s literally nobody’s favourite.

July 27, 2016 at 11:49 am
That’s the problem with them and Fox, they take something that is relatable/possible(sorta anyway) and go all Superman syndrome with it. Have to save the world. Pffft maybe they’ll create 10 24 shows and then in 20 years have an Avengers style mash up. Pffft again. Fox completely shit on Die Hard, so hoping 24 doesn’t get that cringe worthy.

August 16, 2016 at 5:35 pm
”It’s reassuring to know 24: Legacy is in very capable hands. Aside from Jon’s work behind the camera, he was intricately involved in the entire creative process of 24 from casting to scripts and stories. There’s perhaps no one better to help usher in this new installment of 24 than him.”

Well, there is someone better…. Stephen Hopkins. The original pilot and season one director responsible for the look, style and tone of 24. The split screens, handheld camerawork, long takes and cinematic vision made season one the standout. He also cast all of the season one actors including Kiefer (except Carlos Bernard). Presumably they’ve brought him onboard Legacy to freshen things up.

Having said that I think Jon Cassar has done solid work on 24 over the years and is a safe pair of hands. I personally prefer Hopkins’ direction as he brings a film sensibility to the television world, something that was unheard of (and a great benefit to the show) back in 2001 when 24 first aired.

July 27, 2016 at 11:30 am
I was told the Comic-Con footage is not being released online as it used temporary music they don’t have clearance for.

July 27, 2016 at 10:02 am
With the insipid and weedy looking leading man, the rehashed plots and complete lack of originality, the one thing that kept me interested was the absence of this fucking talentless hack. Now he’s doing half of the episodes?!? FUCK… may I add… THIS!!

July 27, 2016 at 11:46 am
So they want to change things up, yet they use every single person besides characters people actually want to see again after not giving the closure promised and screwing us around with the Solitary thing? Makes perfect sense.

July 27, 2016 at 3:02 pm
24 Solitary will be resolved through Legacy, as well the writers confirmed they have plans to finish Jack’s story from LAD in the future! 24 Legacy will be all fresh and new! No rehashes! Also 24 Legacy confirmed by the writers, is not a reboot! It’s an expansion of the 24 universe just like the Law and Orders, CSI, Chicago franchises, Bond, Bourne, Star Trek, meant to give us a new perspective on the 24 world and meet other new characters! Eventually the two worlds will intersect with the old characters and old 24! We need to be patient! The writers are awesome! Also Bob Cochran is back on for 24 Legacy too!

July 27, 2016 at 9:02 pm
Justin, you have no idea if the two will ever intersect. They said there are no plans right now, but they’d like to. It’s a big difference than what you are saying. And they never said solitary will be resolved in legacy. You just sound silly every time you gon on one of these “it’ll be great” rants. Ok I’m out.

July 29, 2016 at 2:13 am
I just like to point out that Justin is not spamming at all, in fact I agree with what he said. He is being positive. Maybe all of you should be positive about Legacy and give it a chance!

24: Legacy is a new fresh look for 24 with different characters and new storylines. Yes, past characters are not returning at the moment but it doesn’t mean they will be ever forgotten.

Stop moaning and wait till you watch it before you moan, who knows, maybe you will all enjoy it? I can’t wait for Legacy !!!

July 30, 2016 at 5:45 pm
And Jack is not being replaced either, so as long as he is still alive and the show is set in the same universe and old character who is still alive can surprise appear at anytime on 24 Legacy IMO

July 31, 2016 at 12:22 pm
This seems relevant to 24, since many have compared 24 Legacy to Bourne Legacy. The new Bourne movie starring Matt Damon is doing much better business than the previous movie that he was not in:

I think 24 relies as much on Kiefer’s presence as the Bourne franchise did.

August 1, 2016 at 4:44 pm
But Bourne Legacy also had a different crew and director than the original Bourne movies. 24 Legacy has the same writers and directors!

Also 24 Legacy will have the exact same format, tone as the original series! Kiefer is still an executive producer and will be back as Jack eventually. Plus other old characters could appear on season 1 like Tony, Chloe or Kate.

It’s a new story in the the same universe and awesome characters that will bring in new fans, old fans and current loyal fans