What did critics think of 24: Legacy Episode 3? Find out below.

Here’s a comprehensive collection of reviews and recaps for 24: Legacy Episode 3. We strive to collect as many reviews as possible here – both positive and negative opinions from a wide range of sources. This post will continue to be updated throughout the week as more reviews come in.

IGN (8.5/10) – “This is the best episode of 24: Legacy to date. The first two hours spent most of their time building up the world, and the characters respectively. This week we were able to jump right into the action and it had an enjoyable amount of ups and downs.”

A.V. Club (B+) – “One of the downsides of the show’s constant plotting is that it reduces every character who isn’t a focus into something as simple as a plus or minus on a graph. If you aren’t a lead, you’re either an asset or an obstacle, and obstacles exist for a very simple reason: to slow the good guys down.”

Entertainment Weekly (B+) – “Don’t get me wrong, the third episode of 24: Legacy isn’t going to make anybody forget about Jack Bauer, but it does ratchet up the action and cut back on some of the ridiculousness that has bogged down the franchise. While anything involving Nicole, or Amira and Mr. Harris, is still 24 at its worst, this installment smartly puts Carter in an extended mission that isn’t robbing a police station with no planning.”

Flickering Myth (7/10) – “24: Legacy‘s third episode created a little more intrigue in the main plot, but the subplots somewhat derailed the full excitement of Carter chasing down his old partner for the information on the terrorist network. One of the positives of this episode was also the fact leaned a little less on the typical tropes from the original series, but it still wasn’t enough to fully elevate it to a great episode.”

TV Fanatic (4.25/5) – “Seriously, we’re not even going to talk about that garbage in detail because, in real time, it’s embarrassing. A drug deal is about to go down, a terrorist act is about to go down and this chick is trying to get her man killed in the streets because he’s helping out an ex. Aight.”

CarterMatt (B+) ““24: Legacy” remains complete nonsense full of conveniences and things that make us want to roll our eyes. Yet, we’re hard-pressed to say that we didn’t enjoy it. This is a show that remains fun despite its many obvious flaws.”

Tell-Tale TV (2/5) – “The last plot line is the campus dilemma. This part of 24: Legacy is feeling glued on to the series. It doesn’t feel like it belongs to the same universe. The trouble at campus itself is beyond explaining. Surely we could have cut this out and inserted the Yemen operation in its stead?”

VODzilla (7/10) – “A reassuringly fast-paced episode of 24: Legacy is a reminder that there’s nothing a ticking clock can’t fix.”

The Tracking Board (B+) – “I’m sorry but this whole [Amira] story line is stupid and disgusting. I hope they can roll this into the main narrative soon, so this can be done. These characters are uninteresting and repulsive.”

Screener – “After eight seasons — and one short “event series” — it looks like “24: Legacy” has finally noticed the existence of queer people with its first CTU same-sex romance.”

TVLine – “At the (ugh) high school, while Mr. Harris and Amira scrambled to fend off a student who was arriving for a tutoring session, Drew and his bludgeoned bean slipped away, crawled out a window and made a stagger for the nearby soccer field — where he collapsed, just as his assailants caught up to him. ” 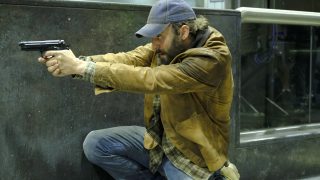 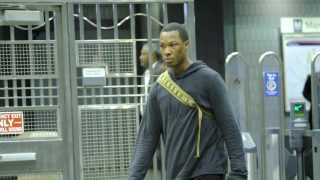 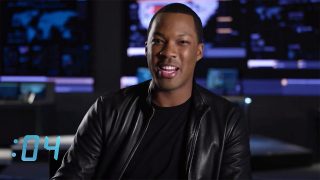 How much of 24: LEGACY’s third episode can Corey Hawkins tease before he runs out of time?