You’re a 24 vet. What was your reaction to joining 24: Legacy?
The first day was a little strange, I have to admit. But I kinda fell right into it because Jon Cassar happened to be directing that episode. And Jon and I of course have worked together for years on the original, we’re great friends. So we sort of fell right into it. It’s kinda like going to your class reunion, but you turn around and realize you’re at a different school. Did that make sense? (laughs) Different students!

Your character is now a disgraced CTU agent… what’s coming up for Tony?
The last time we saw Tony, he was in prison in solitary confinement on the DVD extra 24: Solitary. He was in the process of being broken out of prison. And you’re gonna find out in this series why he was broken out, and who he was broken out by.

Will we get another Tony death fake out?
I think that’s been done, so I don’t think that’s gonna be happening. But for me the biggest thing with the character was that I wanted the character to at least get a chance at some sort of redemption.

You’re a big Cubs fan… Who are you picking to win the World Series this year?
Look, I’m betting on the Cubs again. If I’m gonna bet on anybody, I’m gonna bet on the Cubs. I think they’re just so deep and well-rounded. The Dodgers are just missing some pieces I think, let’s just be honest. I think it’s gonna be a little before you guys get a World Series. 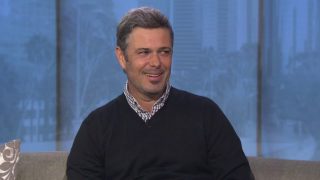 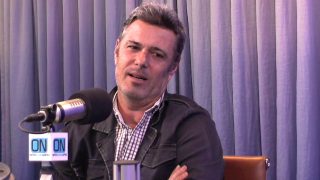 March 26, 2017 at 1:50 pm
yes yes yes tony says we find out how and why tony escapes and who breaks tony out of prison and that tony doesn’t die and tony gets REDEMPTION and if you like 24 you will see vintage tony almeida 24 action on fox tomorrow night yes yes yes

March 26, 2017 at 3:11 pm
I don’t see how with the shitty character writing this show has had they’ll be able to “redeem” Tony after what he did in season 7. I don’t even see how he’s even redeemable at all he did some really bad shit but I guess we’ll see

May 15, 2020 at 6:04 am
I think there should be last season of 24. Jack and Tony reunite for saving Los Angeles, world and especially Kim and Terry. But this time Jack saves Terry, his granddaughter. That will be the mirror of Season 1. Last like first) And Jack with Tony epically die to complete the show. Mission must be accomplished!

March 27, 2017 at 6:29 pm
he never said that Tony doesn’t die. He hinted that there won’t be a FAKE death. Really to be honest the only way for Tony to have any sort of redemption is to sacrifice himself.

March 27, 2017 at 7:03 pm
Admin, it can’t be said enough… thank you for the site and all that you do. I’m sorry you’re not liking the season so far, and I’m sorry about the handful of people insisting on treating the comments section like the wall in a public bathroom.

March 28, 2017 at 8:26 am
So, my suspicions I had for the past three years were correct: that Tony would be brought back and given a redemption arc rather than continuing to be a villain. 24: Solitary hinted at it and this interview confirms it. I’m thinking “blaze of glory” self-sacrifice. It’s all I ever thought about for Tony. He will sacrifice himself for the greater good, thus redeeming himself.