PASADENA, Calif. — The clock is ticking on the next 24, and fans want to know: Can Fox pull it off again? Yes, say stars of the thriller that dramatized a day in the life of CIA counter-terrorist agent Jack Bauer in 24 episodes, each representing an hour of one day.

“It’s a different day. It’s a different crisis. But I think it will be found to be every bit as riveting as you found last season,” says Mr. Haysbert, whose character was the target of an assassination attempt while campaigning for the White House last season.

Mr. Sutherland says he’s “really, really excited” about the overall game plan, or series “bible,” for the second longest day in the life of Jack Bauer.

Writers Robert Cochran and Joel Surnow, nominated for an Emmy for the 24 pilot, “are incredibly clever and always surprise me,” says Mr. Sutherland, who grew a beard for the season premiere.

But not everyone believed that the 24 brain trust could do it again. Fox executives had Mr. Cochran and Mr. Surnow write a script that changed the format to dramatizing 24 hours in a one-hour show.

“It was something that we considered, we talked about, but ultimately — (we’re) sticking with the show that we had,” says Gail Berman, Fox Entertainment president.

“We all collectively felt — even though it was a good script — that it was not the show that we all had loved so much,” she says.

Ms. Berman likes the second season premiere so much that Fox will broadcast it Oct.29 without commercial interruption.

“Once that clock starts ticking, it will be a non-stop, suspense-filled episode that will have you on the edge of your seat,” Ms. Berman says. “We want to make sure that everyone watches from the first minute — (because) every single second will count.”

Everyone involved with 24 knows they’re under great pressure to top last year’s action-packed season, which spanned November to May.

“The writers are aware of the pressure they’ve put on themselves, by virtue of this show,” Mr. Sutherland says. “As a thriller, we hope to set a precedent now that will be able to surprise you.”

He doesn’t mention Twin Peaks, but that’s on the minds of many TV columnists at the summer press tour. The fall sequel to ABC’s 1990 cult favorite was an embarrassing mess that tarnished memories of the spectacular first season.

“We know if we do this (second year) badly, it just takes away from the first year,” Mr. Sutherland says.

What 24 fans don’t know, however, is how lucky producers and actors were in the first season. They learned many things the hard way, which could improve the quality this fall.

Mr. Cochran and Mr. Surnow admit they didn’t go into last fall with a comprehensive plan mapping out all 24 hours. (Fox initially only guaranteed 13 shows.) They plotted the action in six-episode arcs.

“Someone else might have been able to plan the whole season out, but we couldn’t,” Mr. Cochran says.

Viewers who were stunned to see Nina Myers (Sarah Clarke), Bauer’s former lover and CTU co-worker, revealed as the double agent in the 23rd hour will be surprised to hear this: The producers didn’t figure out Nina was the mole “until around episode 13,” Mr. Surnow says.

All the great ideas stockpiled for the season by the writers vanished quickly. “We used up about 23 episodes of material in the first seven. That’s absolutely true,” Mr. Surnow says.

“There was a scene in the pilot — just a throw-awayline — where the photographer says, “I’ll meet the senator for breakfast.” And we took that, and decided the assassination attempt would have to take place at breakfast, not at like 10 p.m., at the end of the season, as we originally thought,” Mr. Surnow explains.

“That’s one of the reasons the show moved so fast, and felt like so much was going on,” he says.

Mr. Sutherland discovered that he should have been in better shape, physically, for the grueling 10 1/2-month production last year. In other words, Bauer’s exhaustion in the final weeks wasn’t an act.

“I’m a little smarter this year. I worked out a little harder in my off time, because I realize now how long 10 1/2 months are. Hopefully, Jack will have more energy this year,” he says.

Elisha Cuthbert, who plays teenage daughter Kim Bauer, has spent a long time thinking about what clothes to wear this fall, knowing she will be in them for 10 1/2 months. It was depressing looking at her wardrobe last season and seeing 10 identical outfits, “the same disgusting jeans and same tank top,” she says.

She’ll also wear her hair naturally straight, to avoid spending two hours each morning in the makeup chair as someone curls her blond hair.

Just like loyal 24 fans, cast members say they were stunned by two plot twists in the last two shows: revealing Nina as the mole and the death of Jack’s wife in the final scene.

“When I read that Nina was speaking German, I flipped out and threw the script across the room,” Ms. Cuthbert says.

“I really believed I loved Jack, and wanted to serve my country. And then I smiled, and thought it was a really smart move, because I’m such a good double-agent,” says Ms. Clarke, who is engaged to co-star Xander Berkeley (CIA boss George Mason).

“I was so excited to have played a dynamic character that I hadn’t thought ahead. So I was very happy to learn that I was coming back this season.” (How? She won’t say.)

The actors also weren’t certain that Teri Bauer (Leslie Hope) was killed off until they saw the last broadcast. To confuse the tabloids and spoiler websites, four endings were shot — Kim finding her mother dead, or alive; Jack finding his wife dead, or alive.

Mr. Sutherland, also a series producer, had argued with writers to let Teri survive the shooting.

“On a selfish level, I was opposed to it (her murder) because Leslie Hope is one of my very best friends. But they made the right call. The writers wanted to have consequences of this day,” he says.

“We knew something had to give. We knew there was no way that everyone was going to walk out of this fine.”

“Given his job and career, certainly you could believe he could have another day like that.”

Seeing is believing, and we’ll see in three months. 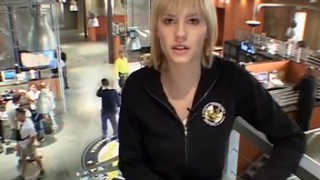