Penny Johnson Jerald was in church recently when a fellow parishioner approached her.

He had just seen FX’s all-day marathon of the first season of “24” (the second season begins Tuesday, Oct. 29 on FOX), in which Jerald plays Sherry Palmer, the wife of presidential hopeful Sen. David Palmer (Dennis Haysbert).

That the man was even wondering about her is testament to both the character and the way Jerald plays her. After seeming to be no more than a stock politician’s-wife character early last season, Sherry Palmer turned out to be calculating and deceitful if she felt she needed to be — and also someone who wouldn’t let anything derail her husband’s candidacy, even if it meant breaking apart their marriage.

“The writers took an opportunity to show a real person, a whole person,” she says. “You can’t forget that she still can be quite sweet and lovable, and she still is a mother and a wife. Yet because of circumstances, she’s torn between saving the day for her husband, so to speak, and making a mess of her marriage. Saving her husband, I guess, was more important to her.”

The Palmer family’s “Macbeth” -like struggle was consistently one of the most interesting threads of “24’s” multifaceted plot, and promises to be again this season.

The show picks up a year or so after the events of last season’s finale. Palmer is now in the White House, but his marriage is broken. While on a fishing trip, he receives word of a terrorist threat against Los Angeles — a nuclear bomb will be detonated that day. He calls in Jack Bauer (Kiefer Sutherland), who’s now left the Counter-Terrorism Unit, to help find the bomb and end the threat.

Sherry is absent from the first two episodes, but she’ll have a big role to play as the day wears on. At least that’s what Jerald says — like the rest of those involved with “24,” she’s tight-lipped about plot developments.

“I have some idea right now of what’s going on with Sherry,” says Jerald, a veteran of “The Larry Sanders Show” and “Star Trek: Deep Space Nine.” “I don’t know how it’s going end up at the end of the season. … I’m not sure the writers even know where the characters end up.”

Jerald says she’d actually rather not know the entire story, “because then you find yourself anticipating [what’s next], and that doesn’t equal honesty on the screen. You want some kind of spontaneity.”

She does, however, read all of every script she receives to keep up with what’s happening with Bauer and the rest of the characters. The structure of “24” means Jerald usually isn’t on the set except when her scenes are being shot, so she might go for long stretches without seeing some of her fellow cast members.

Still, knowing where her scenes fit into the hour helps inform what Jerald does in front of the camera.

“It’s nice to see the overall picture — this is happening now in the CTU, therefore this — it definitely helps. … You know what temperature your scene should probably play” based on what preceded it, she says.

“I give a lot of thought to playing this person, because I really am enjoying her, and thanks to the wonderful fans, they’re enjoying her too,” Jerald says. “I really don’t want to disappoint them, and I don’t want to cheapen in the any way the integrity of the work.”

Of those fans, Jerald says people are usually complimentary about her work, even if the things they say about Sherry Palmer aren’t so nice.

“People tell me that they love to hate me, but they’re excited about [the character] coming back,” she says. “They’re very thoughtful in approaching me and very kind, even though the words [about Sherry] might be kind of harsh. … They’re complimenting me in the harshest way ever.” 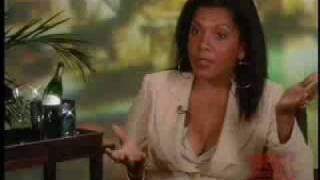 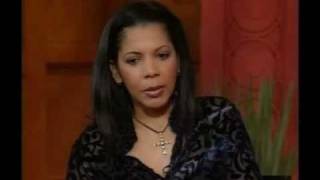