Jean Smart wants to make a cheesy little movie called “All the Scenes I’d Really Like to See on 24.”
“Wouldn’t it be fun to find President Logan floating in the moat around the western White House?” jokes Smart, who plays Martha Logan, the show’s unhinged first lady whose motto ought to be: Just Say Yes… to Prescription Medication. “Or — here’s one! — we see Logan coming out of Martha’s closet in a little Chanel dress with high heels!”

Smart and her presidential costar, Gregory Itzin, need to “fill in the blanks with our characters,” she says, because 24‘s producers, eager to maintain dramatic tension, “don’t want us to know a thing about where our characters came from or where the hell they’re going.”

Close to 15 million fans (that’s 2.5 million more than last season) are also in the dark about the private dramas between 24‘s squirrelly prez and his even squirrelier wife. Recently, Martha smoothed over her differences with the president after he nearly shipped her off to crazy camp. Then, with details emerging about Logan’s right hand, Walt Cummings, and his connections to the terrorist plot, the first lady was preparing to go public. Last week, Martha challenged her husband to tell the American people the truth about the horrific events that were developing.

“The big question everybody has about Martha is whether she’s Chicken Little or the boy who cried wolf,” says executive producer Howard Gordon, who adds that the character was inspired by another controversial Martha — Martha Mitchell, the flamboyant Watergate wife of Nixon’s attorney general, John Mitchell. “There’s a heavy burden in being married to a powerful man, particularly when you’re not up for the role.”

Smart, 54, was more than up for this role. She’s turning out some of the sharpest and most surprising performances of her career, and her scene-stealing hysteria on 24 is exactly the sort of drama Emmy voters love.

The Seattle native, who’s married to actor Richard Gilliland and has a son, Connor, struggled for years on stage and TV before hitting it big in the late ’80s as a ditzy office manager on Designing Women (where she met her husband). After that, she mostly did supporting gigs in films like The Brady Bunch Movie and Garden State. “It’s great to be on a show my 16-year-old actually thinks is cool,” she says, “though sometimes I wish I was in the position I am now and was 30.”

Now it’s just a matter of keeping Martha alive. “If the producers think it will make a hell of an episode, they’ll get rid of me,” Smart says. “And if Gregory gets it, I’m gone. I don’t think I’ll be made a special adviser to the new administration.”

Perhaps not, but Itzin promises that Martha will “find herself in physical jeopardy, and that forces her to make some serious decisions about her marriage.” Adds Gordon, “A woman of questionable mental ability inserting herself in national politics is a recipe for trouble.” Her involvement comes to a head as Martha begins to wear down the president with guilt and is forced to take matters into her own hands.

Smart, of course, has her own ideas about what’s to come, all of which might go into that gag reel of hers. “Martha really likes horses,” she says. “Maybe at some point they’ll have her jumping onto her horse and riding off into a burning building to save Jack.” You heard it here first, folks. 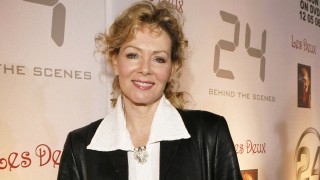 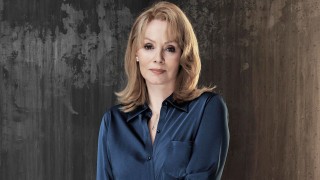 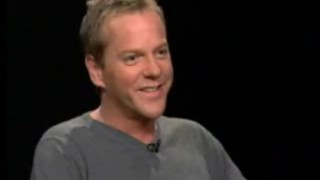