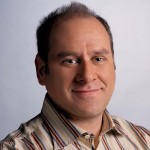 On big US television shows, it’s the writers who are in control. They hire the directors, they have the final say on editing, and, of course, they write the scripts. Calling the shots on 24, the US real-time drama that is now careering to the end of its sixth series, is not advisable for those with heart conditions.

“At the beginning of every season, we sit down – maybe eight or nine of us – in a room,” says Evan Katz, 24‘s executive producer and chief writer. “We talk for about two hours a day for weeks and weeks. It’s draining, but what emerges are ideas about story construction, and villains, and settings. We leave that room with a good idea about the first four episodes.”

Only four episodes? What happens after that?

“We don’t worry too much about what happens after that,” says Katz. “We do it on the fly.”

“On the fly” means two or three writers working on a script, divvying out scenes, and making 20 phone calls a day to each other. By the end of some series, says Katz, he is handing scripts to actors minutes before they arrive on set. That 24 has gripped millions around the globe for six years is testimony to some astonishing writing at speed.

The show, which was created by Joel Surnow and Robert Cochran, works on a simple premise. Jack Bauer is an agent for the LA-based Counter Terrorism Unit, who finds himself in all sorts of scrapes as he chases some shadowy villain with dastardly plans to blow up America. A day’s action unfolds at the rate of one hour of drama for one hour of television, for 24 episodes.

The idea is bold, but must have been a tough sell. How attractive could a show that required such a huge time commitment from viewers have been?

“I only joined in the second series,” says Katz. “But I believe, yes, there were some issues about the format. I believe the network was worried that the structure of the show limited its syndication value. It’s obviously easier to export something you can just switch on – Friends, or whatever.

“As it happens, I don’t think you need to have seen every episode or, as some people seem to think, every season, to enjoy an episode of 24. We try and design it so that people can catch up. At the beginning of every show, not only do we have a “previously on” section, but we let the characters talk about what’s happened – they can be the clunkiest bits of the script, but they’re necessary. Even our most faithful fans can forget stuff when a week’s gone by in their lives.”

As it turned out, any worries anyone might have had about 24‘s format excluding potential viewers were wide of the mark. The format has created a broad church of fanatics, for whom the show’s time demands are not only unobstructive, but attractive.

One of the reasons 24 has proved so popular in America and abroad has been its inherent timeliness. The show first aired in November 2001, and, in a post 9/11 world, a drama about fighting terrorism was bound to capture the attention of the bruised West. But its topical narrative also courts dissent.

In an article in this newspaper last week, the former hostage John McCarthy criticised Bauer’s use of torture in questioning.

In Series 4, Muslim groups voiced their outrage when 24‘s terrorist was an Islamic fundamentalist. So worried was the Fox network about a backlash, that before one episode, viewers were greeted with the extraordinary sight of Kiefer Sutherland [the actor who plays Jack Bauer] delivering a message of conciliation to the American Muslim community. How does Katz now feel about the incident?

“It felt like the right thing to do at the time,” he says. “But as far as villains on the show are concerned, I’ve got a clear conscience. The bad guys are normally white males, or big corporations, or Europeans who have tricky accents. I remember the left accusing us of being right wing, and then the right accusing us of watering down the show and pandering to the left – so we must have been doing something right.”

Such was the international response to 24, that, for a time, its producers were heard talking about a spin-off movie. But this idea, says Katz, has been canned for the time being. Why?

“I don’t think it would be good for the show,” says Katz. “I highly doubt that the movie will happen while the show is on air. What they were talking about was doing a 24-hour day in a two-hour movie. What I’d be interested in doing would be sticking to the real-time format, and doing two hours in two hours. But it’s not happening for the time being, that’s for sure.”

So if fans will not see the 24 movie until the television show is off air, how long will they have to wait? How many more times can Jack Bauer save the day?

“I don’t know,” says Katz. “We always say that we’ll keep doing series for as long as we can keep it interesting, but beauty is in the eye of the beholder. We can do a few more years, I think. It gets harder and harder not to repeat yourself. Because of its structure, the show just exhausts so much story so quickly.”

For now, though, 24 continues to attract massive numbers. Its first series drew an average of 8.6 million viewers an episode.

By Series 5, that number was 13.8 million. DVD sales show a similar uphill trend. Katz can look forward to a few more sleepless nights.

24 Season 6 is on Sky One at 9pm. The season finale is a double bill on Sunday. 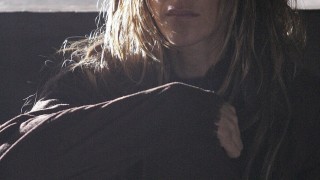