Chloe’s a little bit out of her element this season. She’s in a newfandangled fancy CTU where they’ve changed everything, and she doesn’t know how to do anything which is unheard of for Chloe O’Brian. Not my Chloe O’Brian. No you didn’t is what I would say… But yes they did.

And Katee Sackhoff’s character [Dana Walsh] is so sweet to me, it makes me want to punch her. She’s like “Hey, if you need any help it’s okay to ask questions.” Which really makes my character Chloe O’Brian lose her mind. She’s my boss and she’s trying to be nice to me, and I’m trying to hold it together. So there’s fireworks inside about to burst.

We’re in New York. CTU is underground. It’s pretty cool. There’s a big tunnel that cars drive in. And the set is like a space ship. I can spoil that about my character, it turns out that I’m a robot. I’m an android this year.

I almost made a joke but I don’t know if it would offend you… But it would’ve been really funny.
Make it!

That explains the acting.
[Sad trombone sound]. Insult me again Ausiello, do it again!

Are you going to be able to go to New York to shoot on location?
I hope so. Don’t know yet.

Anything else you can tell me that you’re not supposed to tell me?
Um, nope… Uh, nope. Nothing I can tell you that I haven’t already told you. Why don’t you check my Twitter?

Were you a fan of 24 before?
Yeah, I’ve seen from the pilot on. I don’t TiVo much other than Dodger games and Survivor. 24 is the only other thing on there. This was something I never thought would happen. I remember seeing this show Season 1 sitting with my wife. I remember wishing I could save the world with Jack Bauer. But where I was at in my career, that opportunity.. Talking dogs don’t save worlds [referring to Scooby Doo], so that wasn’t going to happen. So literally seven years later when this opportunity came around, I jumped all over it. I was in New York at the time, I read, I put myself on tape, said I’ll fly to LA and read again, whatever you need. These characters are near and dear to me and the show is very near and dear to me, so it’s a good opportunity.

And you’re playing someone who aspires to be Jack Bauer.
He’s junior Jack, he’s very junior Jack. He’s head of field ops which is the position Jack Bauer had in Season 1. And he’s also an ex-marine, so they do have a lot in common. And he’s also very familiar with Jack’s reputation. So that will give Jack a much greater deal of latitude than other people would receive in Cole’s eyes. But they are very similar.

I would say there’s specific differences in the fact that he is a New Yorker. He’s a latino in New York. And after the trade centers fell, like a lot of Americans, a lot of people were filled with a lot of rage and a want for revenge, and even hate, right or wrong. And when this kid enlisted, I think those feelings were replaced with what marines live on and that’s dignity and self control and respect and honor. It’s that mantra that I think helps him circumnavigate all this crazy stuff that happens in one day. But he’s definitely a New Yorker. And if you know any Puerto Ricans in New york, I have a few in my family, that’s who I’m kind of playing him after. He’s very hot tempered, but the marines teach you self control so he’s gotta keep that in check. So he’s got a little battle going on inside him as well, which I guess is also similar to Jack.

Kiefer Sutherland’s contract is up next season, people are speculating that maybe you can continue the franchise…
Honestly, I have not put time into thinking about that. I can’t imagine hearing anyone say “The following takes place between 2 and 3” or any other time for that matter except Jack Bauer. I’m a supporting cast member, I’m here to support my lead. I know how to do that. It’s an incredible opportunity and I just make sure that my work is on point and that they’ve got someone they can depend on. As far as the future goes and all that, I’m just trying to save the world with Jack, that’s all I’m trying to do. 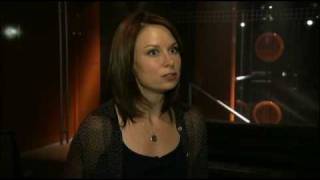