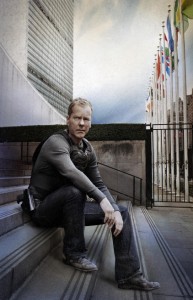 Wallstreet Journal’s Dorothy Rabinowitz has reviewed the opening four hours of 24 and seems to have come away quite impressed stating that the new season is “meticulously plotted, irresistibly suspenseful” and Chloe O’Brian is “back in top form”. That’s what I like to hear!

If anyone had any doubts of “24”‘s resurrection, complete with its old capacity to induce a rabid appetite for the next episode, the first four hours of its new season on Fox (Sunday, Jan. 17, 9-11 p.m. EST, and Monday, Jan. 18, 8-10 p.m. EST) should dispel them. Last year brought the first proofs of new life for the series, fallen into decline after a run of extravagantly inept plots concocted, it would appear, when its producers flinched at criticism that the series celebrated brutal interrogations and focused extensively on the theme of Muslim terrorists. Fans fled elaborately incomprehensible story lines about Chinese and Russian conspirators, not to mention the one about a smoothie of a U.S. president who was, in reality, a psychotic killer.

Last season’s smartly spiffed up “24” brought a turning point with its fine-honed scripts and characters. It introduced a contemplative Jack Bauer given to confessions of his spiritual burdens, the dark and secret things he and his colleagues had done in their counterterrorist work. But a Bauer, nonetheless, ready as ever to bear any burden, crush any windpipe necessary to squeeze information from an enemy conspirator. This new season, the eighth, introduces a Jack evidently recovered from his spiritual crises. Its opening episode finds him in New York, lolling contentedly on a sofa with his young granddaughter, pleased to have severed forever, so it seems, any connection with antiterror work. He now enjoys going to the zoo, watching cartoons with the grandchild, and dreaming of his move back to Los Angeles, to live near his daughter. It will come as no surprise that these happy plans for a new family life are, in short order, dispatched. Duty calls.

Imminent disaster threatens in New York, “24’s” new setting—a place of screeching cars, blocks of undistinguished real estate, ratty warehouses. Except for the looming presence of the United Nations building, which figures in the threat, and a glimpse of skyscrapers, there’s not a lot that’s distinctively New York-like in these backgrounds, but no matter. Except for a rare, fabulous car chase, most of the high drama, of which there’s plenty, takes place behind closed doors—in the elegantly appointed offices of the American president, the corridors of the U.N., or a house in a beaten-down area of Queens.

The crisis Jack addresses concerns the plot against a Middle Eastern head of state, in Washington to discuss his country’s nuclear capacities—and inspections thereof. Indeed, the president, Allison Taylor (Cherry Jones), identifies him as the president of the Islamic Republic. Mahmoud Ahmadinejad is the figure clearly meant to pop into viewers’ minds, until it becomes obvious, quite soon, that this tall, handsome, swinging devotee of peace and humanity and even, as the president breathlessly explains, the two-state solution—is someone else. President Taylor is soon awash in devotion to this leader, Omar Hassan (played by Anil Kapoor). The writers of “24” are partial to the creation of dream-world paragons of idealism, like the noble president of the Islamic Republic ready to forget his country’s nuclear aims—ready, moreover, to give up everything in the interests of humanity and peace, his life included.

It’s left to Jack Bauer—abetted by Chloe (Mary Lynn Rajskub), back in top form—whose mission it will be to thwart the assassins out to destroy this hero. It’s an old story rolled out with all the power of the new—meticulously plotted, irresistibly suspenseful. 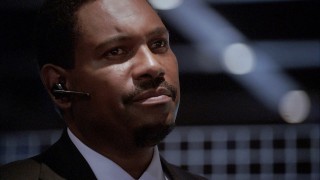 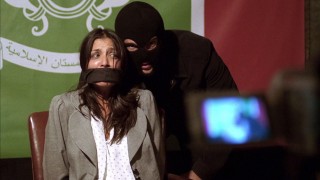 January 8, 2010 at 8:32 pm
Just a few more days to wait for Season 8….’24’ is getting fantastic reviews from the folks who are ‘special’ and get to see the previews. Excitement, suspense….maybe even some never-thought-of-before action scenes. (Plus Jack, Renee, President Cherry Jones, etc)