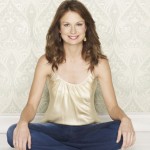 Were you working on it while you were finishing up ’24’ or was this something that came after?
Yeah, I was working on it a lot and all of a sudden I’m just thinking I’d like to take a vacation. I wanted to transition off ’24’ but I didn’t want to jump on another show, I wanted it to be the right thing, and it’s hard to know what that is. But for me, I’ve always performed so it was an easy choice for me to jump right into that.

How tough was that to do when you have to do the normal stuff you do for ’24,’ learning lines, getting it shot, was there enough time?
Oh, it was intense, I mean definitely the live show went on hold sometimes, so we did it when we could. But working on the show towards the end of ’24,’ it was a really emotional time.

Because you didn’t know whether that would be the last time around for the series at that point?
Well we kind of knew, we all suspected it throughout the year, but we weren’t told until really late in the game. And creatively, it’s sad. The hardest part for me was leaving all the people. It’s scary too because that was an amazing job and one of the hugest milestones in my life.

Have you heard anything about the ’24’ movie, is it in the works?
I keep telling people that if they hear anything about it to let me know, because I’ve heard nothing.

Are you hoping that Chloe is part of the movie, if there is one?
Of course. I would be really sad if I went to go see the ’24’ movie and Chloe wasn’t in there.

Yeah, I guess that’s an obvious answer to that.
Yeah it would be a bummer (laughs).

When ’24’ started, the role of Chloe was a pretty small one at the time, what were your expectations of the role going into it? Did you ever see it expanding into what it expanded into by the time the show was over?
Absolutely not. I think as an actor, you go out for everything and anything and at that time I hadn’t had, barely any, drama auditions, my thing was always comedy. I hung out with comedians, I auditioned for sitcoms, and so to even have the audition was unusual for me.

The best thing about it was that Joel Surnow, the creator, had seen me in a Paul Thomas Anderson movie and liked me in that. He has one of my favorite ways to cast his show and have a vision, that he has a strong enough idea, of “I like that quality about you and I’m going to write a part for you.” And I didn’t even think it would happen but I thought, “What an amazing experience. I’m not going to necessarily count on this happening knowing the format of the show.”

And then when I first started, I thought it was going to be four shows, then six shows, I thought it was going to be over after five or six shows. Once they started writing me being loyal towards Jack and helping him, it got really interesting at that point and really fun, and then the rest is history. It’s been my second home, and a really great experience and character, what an amazing show to be a part of.

What was it about the role of Chloe that led the writers to make her that big of an ally to Jack? And did they use any of your personality and insert it into Chloe?
Absolutely, I think it was a 50-50 collaboration. I would come in wondering what they were going to write for me and they were good at writing things that they knew I could pull off. And I became this person that could get away with this odd behavior, this odd aggressive behavior and I think it was just an organic… what’s the word… when you go from these heart-thumping sequence to get a little break sometimes.

That’s not to say that I didn’t have some very dramatic moments, the whole show was very intense. Our acting job would be to start at intense and work in those levels of intensity but I had a really good time in that world, kind of still being that girl at the office who’s sort of blunt and annoying but who also happens to be a computer genius who’s maybe stopping a nuclear bomb, so all these factors kind of fed into this behavior that was really fun to play.

Was there anything that you wanted Chloe to do that you didn’t get to do?
I think to me, the ending was kind of bittersweet. I’m certainly so grateful that we got the run that we got, but towards the end the thing that was bittersweet was that my character really started evolving and I’m glad that that didn’t happen to me sooner, because I think she would always remain that annoying Chloe person, or however you want to put it, but the fact that towards the end I got all that responsibility after everybody already very familiar with my character, which was really exciting. I would’ve liked to have seen that go on a little bit longer.

And her loyalty to Jack was kind of in question through a lot of the finale.
And that was exciting. And that was the only point where in all the time that I was in the show where I really had a talk with Howard Gordon, we sat down and just discussed making sure that transition was believable because I think the head of CTU gets a lot of exposition lines and that automatically, all these pieces have to go into a show like ’24’ in order to make sense and I wanted to make sure it made sense for the character to be doing that because that was such a weird position for her to be in and I wanted to make sure it had a chance to play out properly. Because some of that character stuff sometimes goes by the wayside because of the plot.

If the writers approached you and said we’d like to spin-off Chloe into her own show, you would accept?
I’m more interested in doing a different character, that’s the type of actor I am. I definitely have the factor that… a quality that I”m going to bring to all my characters and I think that there’s a whole world to be explored within that.

Read the full interview at TV Squad which talks more about being a parent and her stage show “‘Mary Lynn Spreads Her Legs” which runs through August at the Steve Allen Theater in Los Angeles. 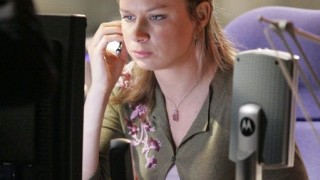 Mary-Lynn Rajskub is no computer whiz. In fact, she barely knows how to access her emails. Strange then, that her biggest television role so far is playing super computer-geek Chloe O’Brian, a tech analyst on the hit drama series, 24. O’Brian manages to dodge most of the the action, as she’s expected to stay back… View Article