While this probably doesn’t come as a surprise to 24 fans, the series has made Cracked.com’s list of “6 Classic Series You Didn’t Know Were Made Up on the Fly”. Other shows included on the list are Star Wars, The X-Files, 2004’s Battlestar Galactica, Twin Peaks, and Lost. Here’s what they had to say about 24:

Everyone who first heard the concept of 24 (that each of the 24 episodes would represent one hour in a single day, told real-time) thought it would either be the coolest damned thing ever or a ridiculous gimmick. Where normal dramas like House have a new story line (or patient) every week, each season of 24 would be like one 24-hour-long action movie, with one continuing story.

This of course made for quite a challenge on the writing end, since they’d need to carefully map out exactly what was going to happen during that season’s “day,” just as they would with a film. Otherwise you wind up with a confused mess with ridiculous plot turns they were forced to pull out of their ass when they wrote themselves into a corner.

Early in Season 6 they had a nuclear bomb going off in Los Angeles and killing at least 12,000 people … only to be forgotten a few episodes later. That is, a few hours later. In the world of 24, America gets over an attack four times the size of 9/11 before the emergency response even gets fully under way. Did the writers really plan it that way?

To quote writer David Fury, they were just “winging it.” He says that worked out fine because they got good ratings doing it: “In the early seasons of 24, [the writers tried] to map out stories and arc out stories [beforehand] a little bit more than they did, say, in seasons four and five, and four and five turned out to be two of most successful seasons.”

Though even during the seasons he claims they planned out, you have sequences that come completely out of left field, like the bit in Season 2 where Jack’s daughter Kim “ended up lost in the middle of a forest, chased by a cougar, where she was taken in by a lonely man who she subsequently escaped from.”

The problem with thinking of 24 as one long movie is that TV shows aren’t shot like movies — in terms of schedule, it’s more like a series of movies or sequels that are all being made at once.

Remember that it takes months to make just a single episode of a show once all of the prep work is thrown in. An action show like 24 has to go through creating storyboards, securing locations, procuring gallons of fake blood, etc. But you can’t spend five years making one season, so the production of the episodes has to overlap, and different episodes have different directors. In other words, Episode 1 will be shooting while Episode 5 is still just drunken notes on a cocktail napkin.

And not only do you not have time to write 24 complete scripts before shooting starts, but even a vague map of story specifics can be thrown off if an actor or location isn’t available later on.

In reality, the first time the writers of 24 actually sat down to plan a whole “day” or season in advance was Season 7, according to Kiefer Sutherland. Why? Because a writers strike delayed production. 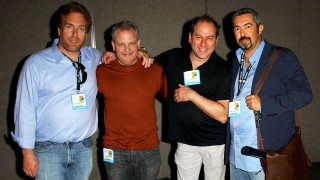 It’s kind of stupid to see everyone writing about this couguar scene without even knowing what actually happened. That was not a smart move to show a couguar on a hill for 10 seconds, but that shot started a whole cult thing that had no reason to exist.

I agree with the bomb thing in season 6. That should have been the major event around which the whole story should have been based on for a major part of the season : focus on the impact, helping the population, dealing with riots all around the country or even around the world (LA doesn’t get nuked every day). This could have produced one of the strongest seasons of 24 if the writers went in that direction, but unfortunately they chose to go with Fayed and his other nukes, which was less original.