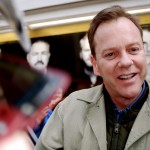 What’s Playing has an in-depth look at the pilot for Touch starring Kiefer Sutherland.

What’s this new show Kiefer Sutherland’s doing called Touch you ask? Well, I could save myself some typing blisters and just say it’s a very intriguing mix of Lost and Kyle XY (and no, it’s not at all like 24) – or a series based ‘entirely’ around the kind of numbers that ruled Hurley’s life in Lost – that offers Sutherland the chance to play a type he doesn’t too often, the everyman.

Jake is a numbers man…. and a climber.

‘Jake’ is climbing cell towers (the security cameras capture him at 3:18; same time he’s been setting the clock’s at the house on), doing strange things with cell phones, writing down winning lottery numbers before they’re drawn, and yet, has no voice. And no, this isn’t no Rainman situation either – the kid is a magic man. And dad knows it.

With human services threatening to take away his boy (they believe he’s autistic and needs to be institutionalized before he can harm anyone), Martin needs someone to listen to him… help him.

Thankfully, Martin’s got one supporter at human services – 27-year-old Clea Hopkins; she lends a sympathetic ear to Martin and will be the one to ultimately champion his cause to retain custody. But she, of course, is skeptical of Martin’s claims that his boy is picking lottery numbers and the like.

With the lad growing stranger by the day, a distraught and desperate Martin seeks a man he once saw on the Charley Rose show, Boris Podoltsky (A great part for a Judd Hirsch type), a disheveled but brilliant grump who can potentially help the former’s son. (‘The Podoltsky Institute’, much to Martin’s surprise, is an old row house).

Podoltsky explains to Martin that his boy is a “conduit for energy”. Human life, he goes on, is simply “electromagnetic energy and connections.” And you see, even though Martin’s son doesn’t communicate as we do, via speaking, he’s still a “radar” for these connections.

The boy, we discover, is super brilliant – that whole one plus one equals three thing? That’s part of a mathematical pattern that nobody but the gifted and truly special can spot and decipher. It’s called the ‘Fibonacci sequence’ and, if the numbers choose, can ultimately lead to one being able to predict future events.

The common man can’t see them but we’re informed that the world is made up of ratios and patterns, a quantum entanglement of cause and effect, and every action, every thought, every breath is connected.

Thus, the main thrust of the show – psychic boy, a boy that sees and can predict everything.
Jake is ultimately shipped off to an institution – but it won’t be for long. Under Clea’s supervision, the youngster jots down a bunch of numbers on a notepad and shows her. What are the numbers? Well, Clea’s mother’s phone number of course – – and she’s about to call! (She, of course, is too startled to talk to her mother).

And if you (she) thinks thats impressive, just wait until Jake saves a bunch of kids (with some help from his father) by way of some numbers!

More a family show than 24 was, Touch seems to possess enough intrigue and exciting moments – with the lad getting smarter and predicting and thwarting, with thanks to Pop, future events week in –week out; some ‘folks’ want to get their hands on the boy and take advantage of his powers – to make it, at least from the get-go, a ratings blitzer. 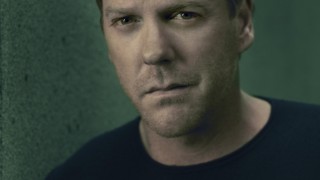 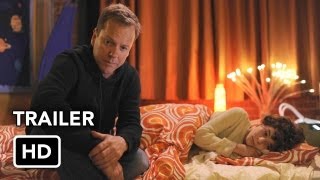 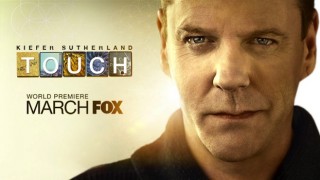 January 26, 2012 at 4:44 pm
The show was incredible. I believe it will open the eyes of people to realize all the mute aren’t dumb or austitic, but smarter then we can imagine. First episode well done, can’t wait for series to start. My kind of show.

February 13, 2012 at 8:31 pm
The show was amazing to say the least. I have been waiting for Keifer to do another series as I was obsessed with 24. Can’t wait till March.