“I’m a huge Jack Bauer fan, and I’m incredibly excited about this project,” said Braun, “I’ve been wanting to do this for years, and now with Fox bringing 24 back in May, the timing is perfect.”

The Emmy Award-winning TV show starring Kiefer Sutherland ran for 8 successful seasons from 2001 to 2010, redefining television with its real-time ticking clock format and kinetic camerawork, and it is now scheduled for a brand new 12-episode run starting May 5, 2014.

“It’s a great show with a large and loyal fan base” said Wicked Pictures owner Steve Orenstein. “Axel is a 24 fanatic, so he’s incredibly invested in this project and has put together a terrific cast, which suggests this parody has all the ingredients to become a very successful one.”

“I love the show, and Elisha is such a hottie!” said Steele with a big smile. “This movie will have the same look and feel of the original TV show, and the script is super funny without being stupid or disrespectful. Axel is always very adamant about making sure the audience can laugh with the characters and not at them, and I respect that just as much as I appreciate being a part of such an awesome cast!” 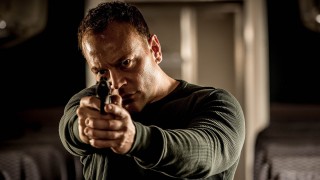