On returning to the series:

“When I read…that it was coming back, I had not heard about it, so I did put out an email to [24 showrunner] Howard Gordon,” Callery tells The Hollywood Reporter. “I said, ‘I hope I’m on this. I hope I can still work on this.’ And he said, ‘Of course. What are you talking about…'”

His approach to composing music:

“I pay attention to what comes up for me emotionally and what I feel when I’m watching the show and generally there is some moment in the show that I intuitively or instinctively decide I would like to start there first,” Callery says. “Sometimes it’s an action scene, sometimes it’s a very emotional exchange, and it can vary greatly. But I really just pay attention to what I feel as a fan when I’m watching it, and then I start from the area that inspires me the most at that moment.”

He has four episodes left to score but he has a sense of how the current edition will end.

“I do have a clue, at least, as to how they plan on concluding this chapter, and it’s going to be very exciting,” he says. 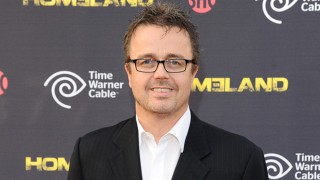 24 composer Sean Callery claims finale will be “electrifying” and hopes to have a live orchestra for the final episode. 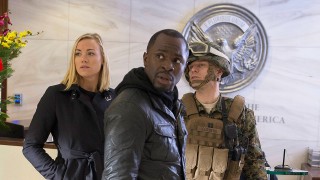 Get your first look at the next episode of 24: Live Another Day in these promo pics.

May 19, 2014 at 5:58 pm
In my opinion, s1-s5 where scored differently than s6-s8. In s1 – s5, Callery seemed to write entire pieces which were edited into a score where as s6 – s8 where mostly sound effect sounds made up to fit what was happening. s1-s5 where much better than s6-s8. I bet that’s why there was never a CD produced for s6-s8. Don’t get me wrong, I love the sound tracks of all of 24, but s1-s5 was noticeable much better. In my opinion, the piece that best represents Jack Bauer is the “Jack in the Limo” from s1.

Chapter is not the whole story.