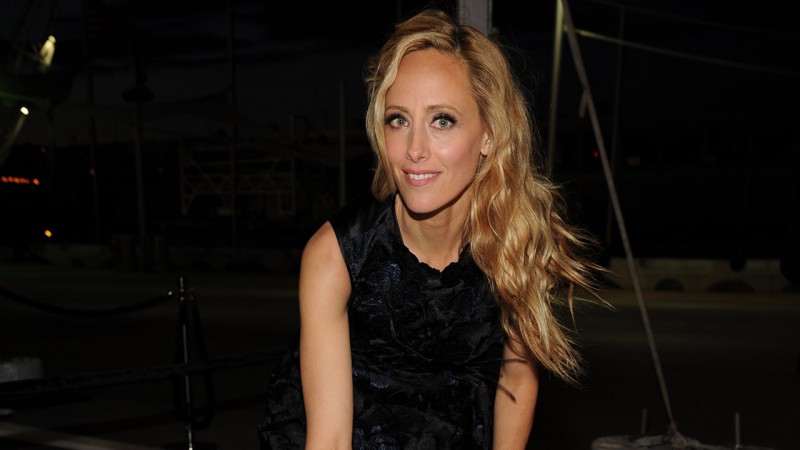 Kim Raver played Audrey Raines in 24 Seasons 4-6 and is returning as Audrey Boudreau for 24: Live Another Day.

Film and television star Kim Raver has a brave yet vulnerable quality to her performances that has allowed her to take on a wide variety of leading roles throughout her career.

Raver, best known for her roles on 24 and Third Watch, joined the cast of Grey’s Anatomy as a series regular, playing Teddy Altman, an Iraq veteran who has a past with Dr. Owen Hunt. Raver previously starred as Nico Reilly on NBC’s Lipstick Jungle from creator Candice Bushnell (Sex in the City). She starred in the Lifetime original movie Bond of Silence, playing a widow investigating the death of her husband, who was mysteriously murdered while trying to quell a wild teenage house party on New Year’s Eve.

Raver endeared herself to critics and viewers alike during the five years she starred as paramedic Kim Zambrano on the police-paramedic drama Third Watch. Following that, she starred for two seasons on the Emmy Award-winning drama 24 as Audrey Raines. Raver had a regular role on the children’s television series Sesame Street from age 6 to 9. Other television credits include lead roles on the dramas The Nine and Trinity, guest-starring roles on The Practice, Spin City and Law & Order, and a recurring role on Central Park West.

In 2006, Raver appeared in the feature film hit Night at the Museum opposite Ben Stiller and Robin Williams. Her film credits also include Prisoner with Julian McMahon, City Hall with Al Pacino, Mind the Gap and Keep Your Distance. Raver starred in the 2005 Lifetime movie Haunting Sarah, a chilling supernatural thriller in which she portrayed identical twins.

At the start of her career, Raver was discovered by famed director Ridley Scott during a commercial shoot. Her big break came with her Broadway debut in the play Holiday, in which she co-starred with Laura Linney and Tony Goldwyn. In addition, Raver costarred with David Schwimmer and John Spencer in the Williamstown Theatre production of The Glimmer Brothers, written by Warren Leight. As a child, she was a member of off-Broadway’s first all-children’s theater.

A fine arts graduate of Boston University, Raver continues to study theater in New York with teacher and mentor Wynn Handman. She is fluent in French and German, the latter a language she learned as a child from her German-born mother.

Raver was born and raised in New York.

Kim Raver on the web