LONDON (Reuters) – Britain has emerged as the world’s biggest market for downloading pirated TV, driven by tech-savvy fans who are unwilling to wait for popular U.S. shows such as “Desperate Housewives.”

Britain’s status as a TV downloading hotspot, revealed in a study by UK technology consultancy Envisional on Thursday, could pose problems for UK broadcaster BSkyB, which is counting on high-profile U.S. shows such as “24” to draw new subscribers to its satellite TV service.

According to Envisional, Britain accounts for about one-fifth of TV downloads through file-sharing networks such as BitTorrent and eDonkey, more than any other country, followed by Australia and the United States.

“Because there’s such a demand for U.S. TV, the UK is going to be the main downloader,” said Envisional research consultant David Price.

Popular U.S. television shows such as “The West Wing,” “The Sopranos” and “Friends” usually air in Britain months after they are broadcast stateside. For impatient fans, the Internet offers bootleg, advertisement-free programs that can be downloaded in a few hours over a high-speed connection.

Episodes of the espionage drama “24” show up on the popular file-trading network BitTorrent within minutes after they air in the U.S., according to Envisional, and a typical episode is downloaded by about 100,000 users.

The company said that “24” is the most pirated show online, with “The Simpsons,” “The OC” and a host of sci-fi programs including “Stargate SG-1” and “Enterprise” also popular.

Forbes has published their third annual TV’s top money makers list and 24 comes in at third. It’s the only other FOX show besides American Idol to make the Top 10. Fox’s 24 rounds out the top three on our list of prime time’s top moneymakers. The long-running drama may be losing buzz–the current season… View Article 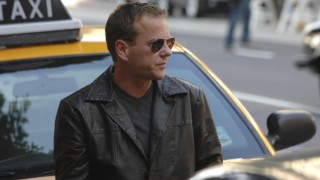 24 came in seventh place on TorrentFreak’s Top 10 Most Pirated TV-Shows of 2010 with an estimated 2,240,000 downloads from BitTorrent. Other TV series making the top ten list include Lost, Dexter, House, True Blood, Glee, The Big Bang Theory, Heroes, How I Met Your Mother, and Family Guy. TorrentFreak notes that the percentage of… View Article

Tivo has released data on the top 10 most DVR’ed shows since they started compiling data in October 2007. 24 has made the list at number seven. And when you take into account that the show was off the air for a whole year due to the writers strike which delayed Season 7, that’s pretty… View Article