Among those with whom he didn’t intersect was Peter MacNicol, who plays astrophysicist Larry Fleinhardt. Ironically, last season, Larry went up on the space shuttle for a while so MacNicol could take a break from “Numb3rs” to play a presidential advisor on “24.”

“I did run into Peter in the dressing room,” Morrison says, “but we didn’t work together at ’24’ either, which is a shame, because I’ve always admired his work. Lovely man.”

While Morrison isn’t about to reveal any big “24” plot twists, he does say that Buchanan is still around and just may see some action.

“They tried it last year,” he says, “and I didn’t blow it. I wound up being able to pilot a helicopter, which was a surprise to everybody, I think. So I guess he figures we can do it again.”

Asked if he’s packing heat, Morrison says, “Bill’s a lover, not a fighter, so I don’t pack much heat. But I try to take the heat off of the guys who are packing the heat, let’s put it that way.” 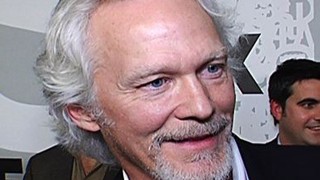 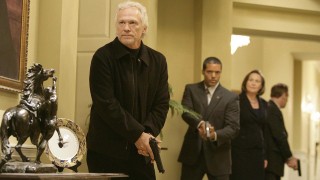 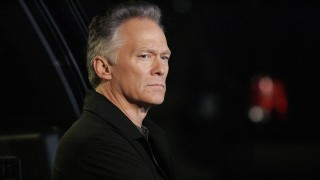