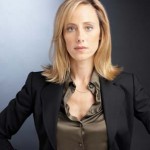 In the 8/21 issue of Entertainment Weekly, writer and executive producer Evan Katz gives the scoop on Audrey Raines and the future of 24.

With Fox president Kevin Reilly recently hinting that the coming season of 24 may turn out to be its last, longtime fans are counting down the days to a Jack-Audrey reunion. Unfortunately, exec producer Evan Katz says a series-ending story has already been hatched in the event 24 clocks out for good next May – and it doesn’t involve Kiefer Sutherland’s Jack reconnecting with his former love (played by Kim Raver), who lapsed into a catatonic state at the end of Day 6. “Some of the things we’re doing this season preclude [her returning],” he reveals. “So, I think not.”

Katz says a number of “contingencies are in place” that could either tie up the series or keep it going. (Reilly suggested that the show’s hefty budget could make another season cost-prohibitive.) “We have a scenario that would work well [if it’s the end],” says Katz. “But we also have a bunch of scenarios where the show could go in different ways … We’re remaining flexible.”

UPDATE 8/17: the article has now been posted on EW‘s website with an additional paragraph from Evan Katz not seen in the magazine:

What happens if a decision isn’t made by the time the final episode is shot in February? “That’s a great question,” says Katz. “Hopefully it’ll be clear before then.”

April 12, 2010 at 10:11 pm
I really enjoy the series 24 ratings or no ratings monday nights will never be the same without jack bauer and chloe obrien