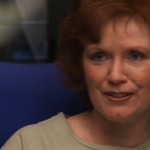 On Sunday (Dec. 12), a large group of friends, family and colleagues gathered at the Darryl Zanuck Theater on the 20th Century Fox studio lot in Los Angeles, Calif., to pay tribute to casting director Peggy Kennedy, who died on Friday, Dec. 3, at the age of 65 (a number which, during her life, appeared to have been a source of comic dispute) after a brief battle with cancer.

According to the program at the service, Kennedy was born in Laurelton, N.Y., majored in theater arts as an undergraduate at the University of Dayton and then pursued a master’s degree from Ohio University. She began her TV career working for “The Tonight Show With Johnny Carson” in New York City, and then followed that show when it moved to Burbank, Calif.

After a stint as an assistant at talent agency ICM in the ’70s, Kennedy moved into casting in the ’80s, working on such shows as “L.A. Law,” “Chicago Hope,” and, most recently, the FOX dramas “24” and “Human Target.” She also worked on the movie “Reservoir Dogs.”

With partner Debi Manwiller — who spoke at the memorial — Kennedy won an Emmy in 2004 for outstanding casting on “24.”

Ironically, Kennedy passed away on the very night that “24” fans had gathered in Hollywood for a marathon-viewing challenge to benefit the charity My Hope for Children.

One of the “24” staffers who visited the marathon was executive producer Howard Gordon, who told Zap2it after the memorial, “I knew she was sick, but I didn’t know how sick.”

Speakers at the event recalled Kennedy’s sunny disposition, talent, professionalism, and her love of parties, her cats and historic preservation in her home community of West Hollywood.

“There aren’t enough good things to say about Peggy,” said Gordon. “She was sweet; she was kind. Navid just told me a story. He said that every time he’d read [for a role] and didn’t get a part, she’d walk him out and say, ‘That was great. There’s going to be a part. We have a wonderful part coming up.’

Negahban echoed Gordon’s comments, saying, “Every time I’d come in to read, and I didn’t get it, she’d call my agent and say, ‘There are good parts coming up.'”

Asked if that happens often, Negahban shook his head, saying, “No. She was very sweet.” 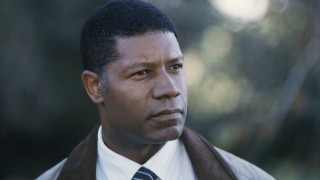 Here’s a recap of the 24 Marathon Challenge event where fans broke the Guinness World Record for longest consecutive television at over 86 hours. Luckily for the three final contestants, the event came to a close just a few minutes into the terrible Season 6. Saved by the bell! YouTube Link: 24 Marathon Event Recap

WE MISS 24 AND I AM NOT THE ONLY PERSON THAT FEELS THIS WAY..