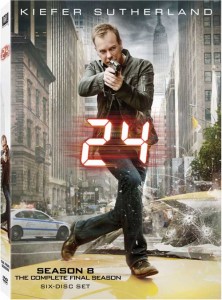 That’s quite a large drop from last years 24 Season 7’s DVD debut which sold 275,000 copies during its first week on store shelves and became the second highest-grossing TV DVD of 2009 (behind HBO’s True Blood) after eleven weeks on sale.

Reviewers have criticized the 24 Season 8 DVD for its dissapointing lack of extras – zero audio commentaries, no bloopers, and just two special features. The “Chloe’s Arrest” epilogue was also excluded from the US standalone DVD set despite being available on the DVD in every other regions release.

Here’s how sales stack up compared to the last few seasons:

You can buy the 24 Season 8 on DVD on Amazon – it’s also available on on Blu-Ray. 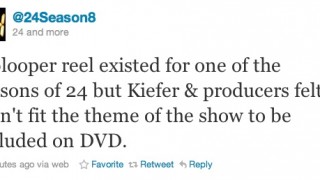 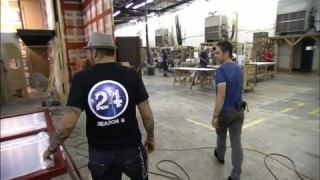 December 29, 2010 at 12:10 pm
Besides the lack of extras, the sales are not as high as expected maybe because people bought the complete DVD boxset or the Season 8 Blu-ray set, that doesn’t count as DVD sales for season 8.