It’s official – Mary Lynn Rajskub is returning as computer expert Chloe O’Brian in 24: Live Another Day. Check out the full press release below straight from FOX:

DAMN IT, CHLOE! MARY LYNN RAJSKUB CLOCKS IN FOR “24: LIVE ANOTHER DAY” DEBUTING SPRING 2014 ON FOX

Joining “24” in Season Three (2003), Rajskub clocked the series’ second-most episodes of any actor appearing in the series’ eight-season run from 2001-2010. Day after day, the always-awkward and intelligent O’Brian was Bauer’s CTU sidekick, as her tech mastery, unconventional tactics and know-it-all mentality proved critical in his heroic missions.

“I am thrilled to be working with Howard and the writers again – and, of course, Kiefer!,” said Rajskub. “There’s a lot more room to grow in my character…I’m going to start sharpening my computer skills now!”

24: LIVE ANOTHER DAY restarts the groundbreaking and Emmy Award-winning drama franchise. The suspenseful event series will follow the further exploits of heroic agent JACK BAUER, taking up his story several years after the events of the final season. Once again, viewers will join Jack on a pulse-pounding ride in real time.

24: LIVE ANOTHER DAY is a production of Teakwood Lane Productions in association with 20th Century Fox Television and Imagine Television. Howard Gordon, Evan Katz, Manny Coto, David Fury, Robert Cochran, Brian Grazer, Jon Cassar and Kiefer Sutherland will executive-produce. The original series, which had its last American broadcast on May 24, 2010, was created by Joel Surnow and Cochran. 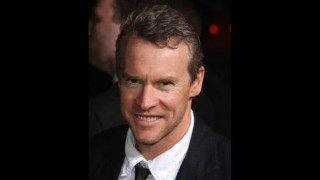 August 1, 2013 at 12:31 pm
Brilliant news, I am glad chloe is coming back as 24 won’t be the same without her! but what worrying me is I read some news on here that was posted a few days ago stating CTU might not return! but where does this leave chloe if CTU is not coming back? will she do the same thing as in series 7 and work with Jack outside the goverment?

But I am happy about this news, all we need now is tony and maybe Audrey!

August 1, 2013 at 3:32 pm
Welcome chloe,lets hope that Toney Almeida because is the one who understands Jack.

August 1, 2013 at 7:16 pm
Please bring back Chloe in the same way you brought back Palmer in S5. Chloe has long outstayed her welcome.

August 1, 2013 at 7:44 pm
Let’s face it folks, this was inevitable… it’s credit to Mary Lynn that she’s become such an indispensible part of the ’24’ equation, and rightly so! More Chloe… better showy!

Thanks for the namecheck Catherine sweetie, let’s hope the ’24’ writers are paying attention, that being said, I think it’s almost certain Tony WON’T be in this one, but who knows what might happen in the future? If Jack can come back from what he did in Season 8, and if the writers get the chance to make more than one limited series, they just might try to mirror Jack’s potential redemption with one for Tony…

August 2, 2013 at 10:29 am
Something tells me, in light of the other news about an international locale, that Chloe’s role to start the season will be as bait (i.e. hostage of the villains, whomever they are) to lure Jack back into action as her rescuer. It might start off similar to how S5 began – Jack leading a normal life somewhere, possibly in exclusion, and then compelled to act when a loved one is in danger.

October 11, 2013 at 6:12 pm
How is she supposed to return exactly? I mean shes in New York and Jack will be in London. Of course theyll find a way to make her reunite with Jack after 4 freaking years on the exact day that a terrorist will try to detonate a nuclear bomb or something. so 24