Here are the initial ratings for 24: Live Another Day, we’ll be updating it with more analysis soon.

As expected, the return of “24” on Fox, themed “Live Another Day,” was not as strong as its most recent season-opener in January 2010. “24,” headlined by Kiefer Sutherland, scored a very respectable 5.8 rating/9 share in the household overnights from 8-10 p.m.

Comparably, that was 87 percent above Fox’s week-ago combination of a repeat of “Bones” (2.8/ 4 on April 28) and the sophomore season-finale of “The Following” (3.4/ 5). And it resulted in diminished overnight results on competing ABC, CBS and NBC.

FOX employee Gaude Paez Morose tweeted out some statistics and appears to be happy with the ratings thus far.

With projected DVR lifts, last night's #24LiveAnotherDay could go up to between a 3.8 – 4.3 rating after 7 days.

Fun fact: #24LiveAnotherDay not only dominated the night across all male demos, but it also tied as the top show with young adults 18-34.

We just got updated (final) numbers for #24LiveAnotherDay… and last night's premiere rose to a 2.6 among Adults 18-49 and 8.1 mil viewers! 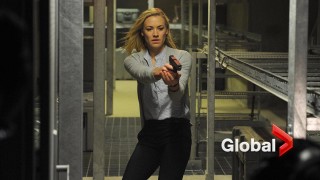 May 6, 2014 at 10:49 am
It may be to early to make this comment yet but any chance 24 could return for another new series next year (Season 10) if it continues with good ratings?

I said it before and I will say it again, the season premiere for season 9 were brilliant :)

May 6, 2014 at 11:26 am
Kiefer was just on David Letterman a few nights ago, and that was one of the things he was asks, is this a relaunch or just a one time deal? And Kiefer said that this was it, just a one time deal, and not a relaunch but more of a closure to the 24 series. But who knows, maybe it will do extremely well, but I highly doubt that after this 12 episode event, we will see anymore, unfortunately.

May 6, 2014 at 10:53 am
Those are excellent ratings. I have no idea why that source is comparing with season eight—ratings for network series are completely different compared to four years ago.

May 6, 2014 at 11:19 am
I meant to add “ratings for network series are complete different compared to four years ago.” Sorry.

May 6, 2014 at 11:20 am
It’s unique movie.
I’ll watch this series like forever :D if there is someone to make them.
In previous seasons there was everything:
drama, action, mystery etc… even love and humanity in some kind… so this is the best movie EVER !!!

PS Sorry for my poor English

May 6, 2014 at 11:20 am
As I recall FOX cancelled 24 in 2010 not so much because of low ratings but because the ratings weren’t astronomically high enough to justify the costs of producing the show.

So that doesn’t bode well for the show returning permanently.

May 6, 2014 at 11:37 am
But ratings then compared to now have changed drastically, Kiefer was the highest paid actor on tv at the time, this time he didn’t make as much as last time and its 12 episodes instead of 24, so cheaper. Wouldn’t count it out to come back for another run.

May 6, 2014 at 11:40 am
They’re getting a huge tax break (I believe around 20%) just from filming in London. Kiefer also admitted his salary is much lower than before, and there’s also a brand new crew which would presumably be less expensive than the old crew (longtime employees that were getting raises each year). And lastly, there’s only half the episodes this time around.

So the show should be a lot cheaper to produce than the eighth season. The barrier to success isn’t quite as high as it was before.

May 6, 2014 at 10:12 pm
Plus they renewed the Following which as half that ratings 24 just got, so I don’t see an issue as long as it brings in the same ratings until the end

May 6, 2014 at 11:54 am
Unfortunately, these will be the only ratings that matter. Like rwhiting said above, ratings for network TV are different than they were four years ago. There’s increased competition from cable and other services that cut into the share.

There will be other factors to consider. There will be encore ratings. A lot of people don’t watch “live”; we didn’t. We had to wait and watched a couple of hours later on DVR. There are also streaming video ratings to consider. But Nielson ratings are still what the industry goes by,

May 6, 2014 at 12:39 pm
We will have to look at the Live+7 ratings for 24 then to truly know 24’s audience, but I think the increase will be one of the biggest in network television. I think Fox will be happy with these initial numbers as the show has only dropped by a million viewers – quite an achievement considering a huge increase in entertainment competition and four years off the air.

There are some other factors that work in favor of 24’s bottom line. Fox was asking for huge advertising rates and these will still be valid seeing as it’s the highest performing show on the network right now. It has already sold well internationally and it’s worldwide fan base will be valuable for other platforms like Amazon and DVD sales.

May 6, 2014 at 12:57 pm
I, like many other 24 fans, don’t live in the US, so I didn’t had the chance to watch this series live. However, I will buy the blu-ray set when it comes out – like many other international fans – and that also brings in a lot of money, considering the set will probably cost about 40 or 50 dollars. That’s not immediately visible in these ratings, but it’s a nice additional source of income for FOX.

May 6, 2014 at 1:30 pm
IF IT CONTINUE’S KEEPING IT’S MOMENTUM LIKE LAST NIGHT THEN AM OPITIMISTIC THE RATINGS WILL BE HIGHER THAN WE EXPECTED

May 6, 2014 at 9:02 pm
would fox consider to continue to make 24 live another day that would only be viewed on amazon prime like house of cards is only on netflix???this show has done brilliantly for netflix to the max and will be seen a third season in 2015….viewing the original series a second time on netflix and now on amazon is great and can be viewed on by a larger audience via amazon video app. this could help earn more income also . more and more series are being done this way …

May 6, 2014 at 9:06 pm
also the international audience could now watch the series at the same time which would raise the ratings even more .sales from dvds via amazon will help to increase the dollar returns .a win win for all. :)

May 6, 2014 at 9:38 pm
Ratings and/or demographics have no bearing on how good the actual show is, the last nine episodes of Season 8 were some of the strongest consecutive stretch of episodes that ’24’ ever produced and ratings dipped during that time, so it means nothing except in corporate boardrooms, considering ’24’ is in no danger of being cancelled because there is no next season planned right now or intended from the start, so it doesn’t have to worry about ratings like other shows do, let the chips fall where they may.

The one and only thing we should be concerned about is whether ‘Live Another Day’ continues and indeed concludes as strongly as it began, ratings come and go but it’s the quality that remains… and that was one quality opening, let’s hope it lasts!

May 10, 2014 at 12:08 am
I could not wait to see 24 Live Another Day. I stopped watching because it is unbelievable. It shows we have a STUPID and incapable Federal Law Enforcement Agency. Also agent willing to put their careers on the line. I loved the old 24.