Attack of the Show has created their own little 24 spoof series featuring host Kevin Pereira and 24 cast member Katee Sackhoff. Check out the three parts below. 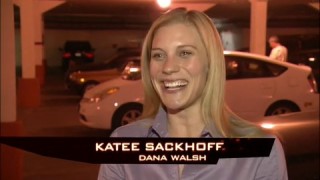 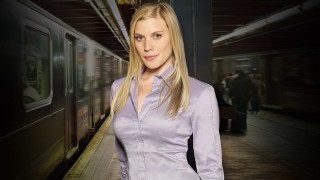 The backlash over the Dana Walsh character has apparently gotten so out of hand that 24 showrunner Howard Gordon has issued a response to EW telling fans to be patient: “God almighty there has been a Dana backlash,” bemoans Gordon, who argues that “thrillers have a finite number of tropes. It’s like saying, ‘Another murder… View Article 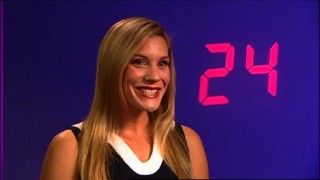 This interview appears to have been done a while back, but it’s the first time I’ve seen it. [flv:http://static1.sky.com/feeds/obu_skyone/clean/24_Katee_Sackhoff.flv http://24spoilers.s3.amazonaws.com/KateeSkyInt.jpg 560 340] In this exclusive interview, Sky chats with the beautiful and talented Katee Sackhoff – aka mysterious CTU data analyst Dana Walsh – about a number of hot topics… her character’s dark secrets, the… View Article 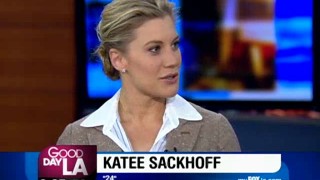 Katee Sackhoff (24‘s Dana Walsh) was interviewed on Good Day LA this morning. The interview includes a clip of Dana and Cole Ortiz from tonights episode. Here is the video:

Al Norton: How much of a 24 fan were you before you got the job? Katee Sackhoff: I watched the first season, every single episode, and then with the schedule for Battlestar I just got busy. And especially with 24, if you miss an episode you’re really far behind. They do that really good recap… View Article 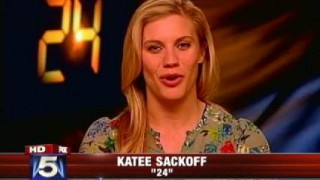 This must be one of the shortest video interviews ever (just 35 seconds long), but here it is: Interesting moment to smile and wink at the camera (15-16 second mark). Source: FOX All Access 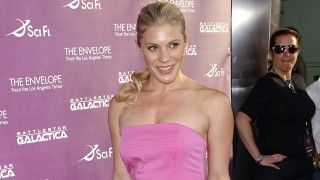 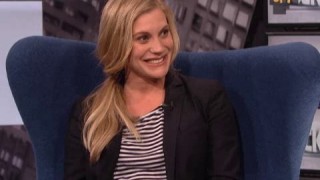