Mike Schneider of the Associated Press has an interview with friend and former classmate Sarah Clarke.

I first met Sarah Clarke in seventh grade when she was a ponytailed student in St. Louis with a dimpled smile and an infectious laugh. We went to junior high and high school together.

The rest of you met Clarke last month on the Fox television show, 24, one of the most-hyped new shows of the season. She plays Nina Myers, the sexy, computer-adept colleague of the CIA counterterrorism agent played by Kiefer Sutherland.

“I have to say I’ve had a dream situation,” Clarke says. “To come out here with a great show and a great role in it is really ideal and I couldn’t feel luckier.”

Just last year she was temping for a lawyer and working at a furniture store in New York to pay the bills. Before 24, her biggest acting jobs had been in Kmart and Volkswagen commercials and appearances on Ed and Sex in the City.

Clarke’s middle name is Lively, and it was an apt description of her in high school, where her zany sense of humor and unbridled energy always threatened to spin out of control. You could always hear her around the corner before you saw her.

In our high school yearbook, under the “Always seen and heard …” section, Clarke was listed as “In the spotlight.” In the “Can you imagine?” section, it said, ironically, “a wallflower” next to her name.

She was always theatrical. Once, in a high school musical of Godspell, she had to slink off the stage while singing. She spotted an assistant principal in the audience, dropped into his lap, engulfed him with her feather boa and rubbed his balding head in a mockingly seductive way. We all admired her audacity.

In her 24 role, Clarke has had to tone down the levity. Nina Myers is the chief of staff and former lover to Sutherland’s character, the married Jack Bauer. Nina never seems to leave the office or see the light of day.

“I think she has compromised some things to get where she is, like family, and made it so she could have a career first,” Clarke says.

Clarke, the daughter of an engineer and a homemaker, wasn’t interested in acting when she studied Italian and fine arts at Indiana University.

In her senior year, though, she studied in Bologna, Italy, where she met an actor who became her best friend. They ended up putting on a play in Italian.

“I didn’t really get the bug until I went to Italy and I had to acclimate to a new culture and let go of my identity as an American,” Clarke says. “It let me feel what it’s like to be in somebody else’s shoes. It felt so liberating to be in a place where nobody knew me and be in a place where I could act.”

Returning home to St. Louis after college, she worked as an architectural photographer and took acting lessons for free in exchange for shooting photos for a community arts center. Finally, she decided that to get ahead in acting, she would move to one of the coasts.

With plans to move to California, she traveled to New York to say goodbye to friends. All it took was a day in the city and she decided to stay there.

She lived for a while with some high school friends (including Sara Switzer, who had a stint this summer as co-host of the short-lived Sandra Bernhardt Experience) and took acting classes at Circle in the Square. Acting in two commercials allowed her to pay the bills so she could do some experimental theater and student films.

24 proved to be her big break, and the past year has been a whirlwind. “From the writing in the show itself, I could tell it was going to be great,” Clarke says. “It’s icing on the cake when everyone agrees with you.”

She made an audition tape for 24 last January and didn’t hear anything until March when she was flown out to Los Angeles for an interview. She was hired, and filming for the pilot began that afternoon. Fears of an actors’ strike sped everything up, so much so that the costuming department didn’t even have time to fit her for a shirt for the pilot.

“I ended up wearing my own shirt,” Clarke says. “I don’t think anybody realized that if we used that shirt, we’re going to need 12 more of them.” That’s because of the show’s novel narrative structure. Each episode represents an hour in Bauer’s 24-hour day.

And what a day it is. Not only is Bauer contending with a potential assassination attempt on a presidential candidate, but he also faces a missing daughter, possible sabotage by his colleagues and a bomb explosion on an airplane.

Sutherland “has been great from the beginning and helpful,” says Clarke, but she concedes it was intimidating at first working with him. …He was, after all, a movie star while she was in high school. 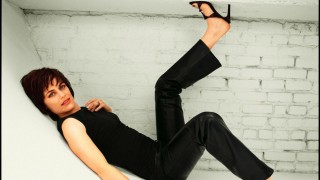 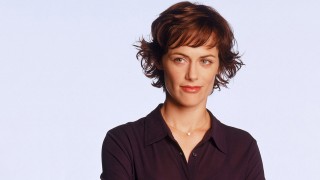