“I did come from my first day on 24, I’m just beginning my work for it. I read this blurb and it says I’m the villain of the piece and the nemesis of Jack Bauer. When they start a show like that, they don’t give you the whole thing. So I don’t know exactly how it’s going to happen, but it’s going to be interesting. And Kiefer was on the set today to welcome me, he didn’t work today, just came over to bother us a little bit and give me a hug. So that was great.”

Even after only one day, what’s the rhythm of that set like?
There’s no waste of time there, but everyone gets along so well and it’s very up. And the actors are terrific and the crew is just sensational, as good as any crew I’ve worked with. So we had a lot of fun the first day and got to know each other. I’m just the new boy on the block.

Were you looking to do something on television at this point in your career?
I wasn’t looking for anything, it just came forth. And I had been a fan of the show and Kiefer, and I just thought it was terrific, was happy to do it.

Have you followed it since the beginning?
Not every season, but I’ve popped in on it over the years. And I just think the work is terrific on it, especially Kiefer. Kiefer’s great.

24 is going to tie up your schedule for the rest of the year pretty much. Did you have to give up on [other roles]?
You can’t tell with a schedule like 24. First of all, we don’t know what it’s going to be. I don’t know how much they’re going to need me. But I’m assuming that they’re writing right as we speak. There’ll be a certain amount of time that I’ll be probably free from it, I won’t be in every scene. I’m not Jack Bauer in the piece, ya know? 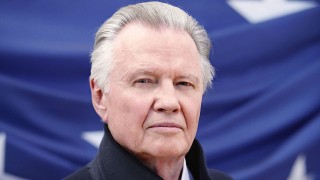 Chloe works with “group of hackers” in 24: Live Another Day