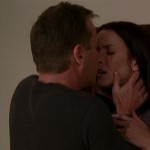 Uh oh. Bauer’s ladies don’t always have the best of luck, and with Jack and Renee seemingly making out in the episode 17 promo, you might as well paint a target on Renee’s forehead. Avenging someone, pursuit of justice, tragic life-changing (aka someones gonna die) events. Doesn’t sound too promising. Let’s hope she survives!

AS THE CLOCK TICKS TOWARD THE SERIES FINALE, JACK STOPS AT NOTHING IN HIS PURSUIT OF JUSTICE WHILE THE PRESIDENT PURSUES PEACE ON AN ALL-NEW “24” MONDAY, APRIL 19, ON FOX

With only seven hours left in the series’ final harrowing day, Jack Bauer sets out to avenge the tragic life-changing events that he has endured. As things become even more personal for Jack, he heads to CTU for an intense meeting after learning of a devastating development. Meanwhile, on the verge of achieving peace on a scale that has eluded the world for generations, President Taylor becomes deeply conflicted when former President Logan sits down at the bargaining table in the all-new “Day 8: 9:00 AM-10:00 AM” episode of 24 airing Monday, April 19 (9:00-10:00 PM ET/PT) on FOX. (TWF-818) (TV-14 L, S, V) 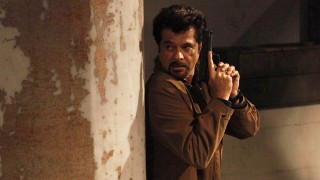 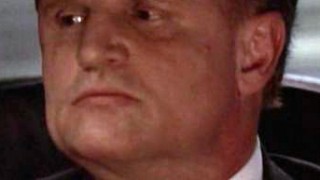 April 6, 2010 at 12:20 am
i think chloe dies. theres only 2 ppl left who is close to jack besides kim and thats renee and chloe. i doubt the writers will bring back the whole kim thing again.

renee is with jack at his apartment. i think chloe is walking to her car from ctu or something on the way home and gets shot by the sniper. dana probably ordered it. we all know that she isnt done…

April 6, 2010 at 3:08 pm
I don’t think its Renee; at least I hope not. Something tells me it may have something more to do with Jack’s past what with President Logan coming in, plus we know that soon someone from Jack’s past in the military will be showing up. This episode, like episode 17 has a rating of “S” which mean “intense sexual scenes”, so I would guess that at the very least Renee is surviving episode 17 and most of 18.

April 6, 2010 at 3:11 pm
To add: I actually thought she would die in this episode! After that, “promise me” thing, I thought for sure she was going to get nailed by that woman who had worn the blonde wig – they were really building some tension around that only to have Renee end up fine. So I think the writers are aware that killing Renee off is just what everyone is expecting, so hopefully they are trying to avoid that.

April 6, 2010 at 6:08 pm
Yea, actually it would make more sense to keep putting her in danger, keep the suspense up since everyone is almost waiting for it, rather than kill her off. Now, whether she makes it all the way is another whole matter…I sure hope so!

April 7, 2010 at 2:15 pm
I wonder if the “life changing events” involves something in episode 17 or if it includes the totality of events that have happened through the course of the show. I really think that this show has missed it’s opportunity to tie everything together several times. It is my hope that this will happen with the time that is left.

“Meanwhile, Jack Bauer makes an unprecedented emotional move that triggers the unthinkable, and back at CTU, Chloe is charged with new responsibilities”

I don’t like that… Do you think they can make her a terrorist?

April 7, 2010 at 2:50 pm
I mean Renee when I ask you if she can be a terrorist.
I hope not. but I don’t believe someone will die because we already had Hassan in the 16th, with a silent clock. So it something different I think.

April 9, 2010 at 5:12 am
in season 5 dies palmer an michele in only one episode and edgar dies and tony “dies” the following hour

April 9, 2010 at 8:40 am
yes you’re right… I hope she won’t die.
And I really hope they won’t make her be a terrorist, but I think it can be possible: she was fired from FBI, tried to kill herself, and became really weird and violent…

but: they say there’s gonna be “the most shocking moment of the season”, “something unthinkable”, so I don’t think it is about Renee because if it’s about her, they told us too much. a huge changement must stay a total surprise for the suspense. and, I love Renee but I don’t think “the most shocking moment of the season” can be her death. it is not big enough!
what do you think?

April 9, 2010 at 8:31 pm
Please, I’ve watching this show every monday.I am very sad that the show will be over but at least give us as fans a happy ending to Jack and Renee

April 10, 2010 at 3:07 am
It seemed like Morris was on a hospital table being defibbed as Chloe bolts away. Maybe he dies? My guess is that someone tries to blackmail Chloe and she doesn’t take the bait? I just sense a betrayal from blackmail here.

April 10, 2010 at 3:00 pm
According to videos from episode 17, Jack says that he’s done and he goes back home. Thus he goes to Renee’s place. and then scenrists say: things are becoming more personal for Jack so he returns to CTU.

these are the only people that could make him fight again…
I think it can be Tony’s return because they have to solve the tony issue before the end of the show (and renee has a revenge to take on him too).

What do you think?

April 13, 2010 at 1:33 am
Poor poor Renee, sad to see her go, but with the season coming to an end and with this being the final season, there has to be some dark points before this final season can come to a close.

Looking at this from a story perspective, while I’m sad Renee’s dead, especially after evolving and becoming such an interesting character, at the very least, things are legitimately personal for Jack now, and when things get personal for Jack Bauer, you KNOW shit is gonna go down.

April 13, 2010 at 1:35 am
Go down from here? What’s wrong with you guys? With shit so heated, it can only get more and more intense. Unless you all forgot, 24 isn’t about happy cliche endings, it’s about reality and bloody truth, and truth is, despite how well liked characters may be, no one is ever truly safe.

Next week: Jack finds true love in none other than DANA WALSH.

Hey, that would be one way to ensure her death, dontcha think?

April 14, 2010 at 4:14 am
Chloe will never be a mole and will not die because jacks only trusted friend that he rquires to complete the mission is her. Dana will be in love with Jack because jack will need to keep her close just incase something happens to chloe. Dana will also be close to jack for protection and it is possible that the happy ending for jack is being with Dana. If this does not happen the happy ending will be Chloe and jack because the husband of chloe will be killed.

April 14, 2010 at 12:26 pm
RIP Rene….24 writers are sadistic…..when i saw rene died, a scene from season 7 just flashed by my eyes…..where audre rein’s fathers says “You are cursed” to Jack …She was definitely bauers girl….what next??
His daughter , grand daughter , husband…or jack himself…

That happened at the end of season 6.

Well I didn’t like Rene’s character being killed off. It seems obvious that the writers are throwing anything dark out there since this is the last season. I think this season has been better than the last two but it just didn’t get the same satisfaction from it that I got from season 1, 4 and 5.

April 17, 2010 at 5:47 pm
i actually liked renee. it sucks she died. but i guess it was kinda nessessary to keep jack going for the rest of the day. it had to be personal in order for jack to jump back into action. so they made it person. i can see why everyone would be pissed, since renee was jack’s last chance for true happiness. but i have an idea that may still work out:

the 24 movie. maybe audrey will reunite with jack. that doesnt sound too farfetched?

or maybe jacks not meant to be happy. 24 is the kinda show where not alot of ppl get happy endings. maybe jacks one of those ppl. a big theme in 24 is simple “life sucks” lol.

it sucks, i know, cuz tony was one of my favorite characters. but its not happening.

maybe tony will be in the movie. remember that not everything needs t obe wrapped up in the series finally because the movie is the true ending to the show.

personally, i think the show should keep going. 24 is a show that can keep on going. if jacks life gets too “unrealistic”, then changed to another character for the lead role. i know it sounds drastic, but it could work. i think cole ortiz would be cool to have as the shows main character for a while. his character is supose to be based on a younger jack bauer, maybe having him as the lead character will develop him into the next jack or something. idk, just my opinion.