The A.V. Club (B+): “Unsurprisingly, the two highlights are all about Jack and Chloe, but Kate does well for herself, and as mentioned, the Heller storyline is moving faster than I expected, which makes it easier to care about the President’s mental problems.”

IGN TV (8.1): “Not as exciting or breathless as the last two hours, this episode works best at moving the pieces around and introducing us to Margot’s fanatic family and Chloe’s horrifying past. Each week can’t be an all-out action bonanza, but it’s encouraging to see that 24 still knows how to use the real-time format to their advantage.”

HitFix: “Jack recognizing Chloe’s loss was a genuinely emotional moment in the midst of all the exposition. These two are the show, no matter the year, the location, the format or the villains, and this is the only relationship in Jack’s life that matters.”

TV.com: “Last week, I praised the debut of 24: Live Another Day for doing classic 24 stuff in all the best ways. This week? Well, I suppose it was nice to be reminded that with classic 24, we have to take the good with the bad.”

Wall Street Journal: “This felt a bit like a filler episode. Not all that much happened in terms of action or moving the plot forward very much. I guess it is good that we have names and personalities now for Simone and her mother, Margot. I would imagine that Chloe will figure out that Cross betrayed Jack and will not have anything more to do with that guy.”

The Jack Sack: “Heller deserves so much better, this is one of the best supporting characters who finally gets a shot at doing good things. He’s David Palmer-levels of good, so please stop making him feeble. On the plus side, Jack still brings the chaos and now that he’s set to spring Tanner and take on the entire U.S. government, I think we have a good few episodes coming up.”

Fanbolt: “The rest of the hour is devoted largely to tossing out backstory facts about characters we still don’t quite care about. Aside from the reveal regarding the deaths of Chloe’s family (sniff), the rest of this doesn’t really strike a chord.”

Screen Crush: “Kiefer Sutherland’s supporting cast continues to impress. Mary Lynn Rajskub acts her ass off as Chloe and Yvonne Strahovski remains a compelling rival for our main anti-hero. Most exciting is Michelle Fairley’s performance as Margot — it’s not a deep role, but there’s always something great about watching a talented actor turn the villainous ham up to 11.”

CarterMatt (B): “The best thing about “24″ in its modern form is that while it makes Jack look awesome and incredibly skilled, it does not do so at the expense of some of the other characters. Nobody is made out here to look like an idiot, and we do very much appreciate that.”

TV Equals: “One week after saying Yvonne Strahovski didn’t seem to fit in the world of 24, I would like to print a retraction. Strahovski is terrific in this episode and she masterfully pulls off bad-ass CIA agent out in the field.”

SheKnows: “The only spot of contention was Naveen, who was having second thoughts about killing people. Simone tried to sex his worries away (while being watched by her mother, ick), but in the end it didn’t look as though it worked. Could Jack have found a new ally?”

Den of Geek: “Kate Morgan is rogue and she’s bound to team up with Jack Bauer at some point. I’ve enjoyed her screen time so far and I hope she reverses course on Bauer soon.”

TV Fanatic: “How sad was it that Jack had no idea what had happened to one of his very few friends. Suddenly all of the changes we’ve seen in Chloe make a lot more sense. After such a soul crushing event, she will never be the same and if anyone can understand that, it’s Jack.”

CNS News: “The third episode of 24: Live Another Day featured a bunch of background layered with riveting plotlines that converged to set up a must-see episode next week.”

Crave Online: “The early part of this chase was fun, as Simone cuts herself to make it seem like Jack is trying to kill her. But it descends into farce when Chloe misses Simone because she’s having an emotional moment.”

Grantland: “After a phone call with Benny Bratts, however, it’s clear she still doesn’t get it. Because they’re operating under the assumption that Bauer conspired with Tanner. Which essentially makes them 0-for-2 in the “following leads” department.”

Let us know if there’s any recaps and reviews we missed and we’ll add it to the post. 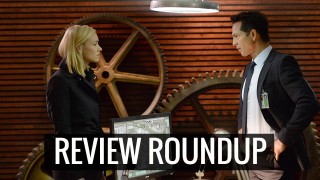 What did critics think of 24: Live Another Day episode 5? Continue reading to find out! 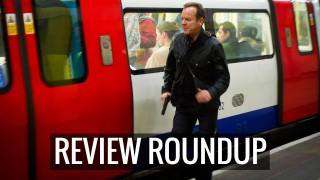 What did critics think of 24: Live Another Day Episode 10? Find out inside.