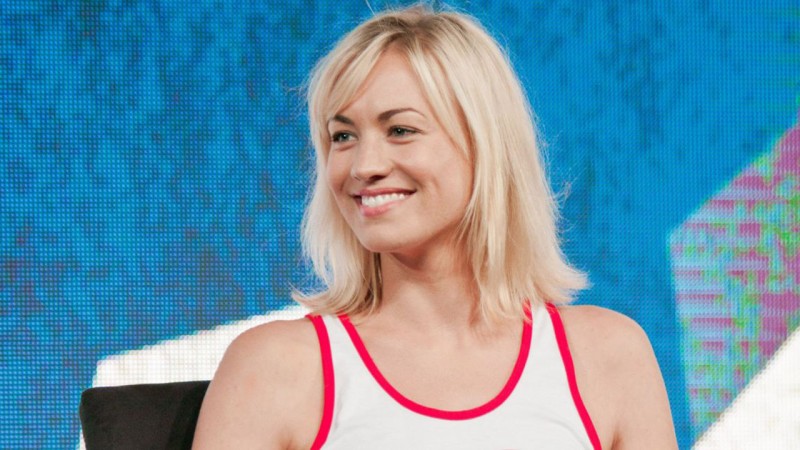 During Nerd HQ’s “A Conversation with Yvonne Strahovski” panel at Comic-Con San Diego 2014, the actress dished on working with co-star Kiefer Sutherland, surviving the entire season, moving to London for six months, and more. You can watch the entire one hour panel above or check out our transcript of just the 24 mentions below (with time stamps included).

Working with Kiefer Sutherland (15:54)
He’s good at being Jack Bauer, that’s for sure. He’s very intense, but in a really good way. He really brings it to the working space. And one thing that I really liked about Kiefer is that not only does he bring a lot as an actor to the show, but he’s also a producer and I feel like he’s a very active one. He’s very involved on the day perfecting everything, he’s very much a perfectionist. We had a great working relationship.

There was a time when we were doing a scene and we were both shooting guns next to each other. We did a take and then he said, “Would you mind aiming your gun just a little to the left? Because your shell casings are hitting me in the face.” (Laughs) Which you know if it’d been the other way around, I would’ve yelled CUT CUT!

So he was tough and he liked the hot metal hitting him in the face and just did that for the first take. And he was cool, so yeah. (Laughs)

Kate Morgan surviving the entire season (26:35)
A fan asks “Given how easily it is to get killed off on 24, I was just curious when you signed up did you know you were going to make it all the way through? Or was that on a script by script basis?”

I knew… I didn’t ever actually ask whether I was going to die or not. I just assumed I wouldn’t (laughs). I should’ve asked. They can kill you off if they don’t like you, anything could happen. I guess they liked me which is a plus. But no I didn’t ever officially ask, I just assumed. That’s my honest answer.

Moving to London for six months (30:00)
It happened so fast, the whole London thing. I was in New York promoting I, Frankenstein one week before I had to go straight to London from New York and it just all happened at the last minute. It’s possible [to bring your dog with you] and I know Kim Raver did it with her dogs, but you have to fill out all this paperwork and you risk them being quarantined anyway at the airport… It would be a nightmare if he got quarantined.

24’s “raw” tone (31:30)
Watching the show is really important because the tone of the show really informs a lot of the acting style really, which in turn forms certain character choices you make. With 24 I loved that it’s really raw and the camera’s always moving, you very much feel like a fly on the wall. It’s not so stylized. With 24 being so raw, it influenced me to make choices that kept it very very real. I know the circumstances are very extraordinary on the show but we try to keep it as real as possible and there’s not a whole lot of stylized acting going on in that show. 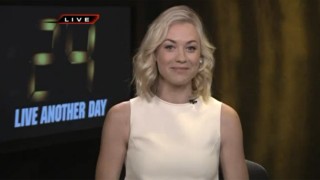 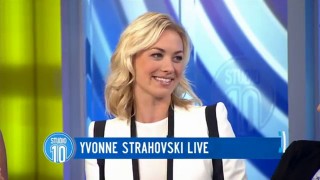 September 24, 2014 at 10:44 pm
did anyone see her naked pictures in the leaked / hacked celebrity photos? Reowwww