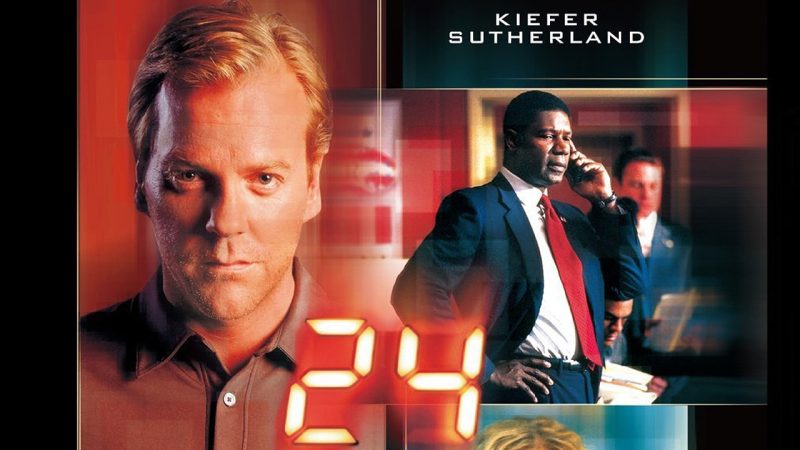 It’s been frequently requested for the last decade, and now it finally seems to be happening – the first six seasons of 24 appear to be coming to Blu-Ray!

24 Spoilers reader Davide has tipped us off that Amazon Japan now has listings for the earlier seasons of 24 in Blu-Ray. The product listings state “With countless request from the fans, old seasons of the smash hit series 24 have come to Blu-Ray for the first time!”

Blu-Ray versions of the first and second seasons are scheduled to release alongside 24: Legacy‘s home video release on July 21st, with Seasons 3-6 and 24: Redemption set to follow three weeks later on August 11th. Additionally, the seventh and eighth seasons will be re-released with updated packaging and cover art – those will be available July 21st.

Now it’s important to note that these listings are only on Amazon’s Japanese site so far. It seems likely they’ll come to other regions too, but nothing has been announced just yet. Regardless, these contain the English language track, can be delivered to United States, and are “Region A” meaning they’re playable in North America.

The description specifies a “compact size case” and “new design jacket” (this is true for the Japanese market, but Fox seems to simply be re-using the Region 2 / European DVD cover arts for these new Blu-Ray releases).

Previously, the only way to watch 24 in high-definition was on digital services like iTunes and streaming. The first seven seasons of the show were added to Netflix in 2010 but moved exclusively to Amazon Prime streaming in 2014 where they have been since. Blu-Ray will undoubtedly provide the best picture quality.

If you want to remember how amazing 24 used to be, make sure to read Brad’s excellent monthly 24: Under the Microscope series. The second season review was just published today.

June 15, 2017 at 7:13 pm
While I love the convenience factor of streaming and view things that way the majority of the time, if you want the absolute best picture quality then Blu-Ray is where it’s at.

I’m not sure how much of a difference it’ll make in this particular case though (considering the age of the show and the cameras it was filmed on), but I’m interested in finding out. If these sets don’t get released in the US for whatever reason, then I’ll import the Japanese sets and let you guys know.

And you mentioned the other big downside of streaming services, you can lose access to stuff at any time when licenses expire, or when competing services buy exclusive rights like in this case. I’m in the same situation as you, have Netflix but not Amazon. I’m guessing this Amazon exclusive deal lasts for five years.

June 15, 2017 at 9:56 pm
“I’m not sure how much of a difference it’ll make in this particular case though (considering the age of the show and the cameras it was filmed on)”

It’s not so much the cameras it was filmed on, but the transfer. The first 7 seasons of 24 were filmed on 35mm film, like the vast majority of features in Hollywood until recent memory. 35mm has amazing quality somewhere between 4-6K (it’s a chemical process though, so not exact pixel count can be determined).

If Fox has down any sort of remastering or rescanning of the original prints (like HBO recently did with The Wire), then the picture could be astounding… however, I doubt they’ve actually done that. They’ve probably taken the same scans they’ve been using for years

With 4K content about to take off in a big way, maybe now Fox will have some financial motivation to put the money and resources into remastering / rescanning it – they could kill two birds with one stone here. I suspect they’ll take the cheap and lazy route though.

November 8, 2017 at 2:17 am
This is not true. Day 8 was filmed digitally I believe. Rodney Charters tweeted before Day 8 began that they were ditching 35mm film because of expenses.

October 23, 2018 at 2:05 pm
Live Another Day was filmed digitally (mostly for logistical reasons; production was in London whilst post was in L.A.)… but Day 8 was absolutely shot on 35mm film, that I’m sure of, just look at it… film and digital capture cinematography was easily discernible in 2009-10 when the eighth season was made; that thing was shot on FILM.

June 21, 2017 at 8:27 am
4K Blu-ray, but that’s not as common, but it’s the same disc with a higher capacity.. Technically you could say digital has replaced Blu-ray, I guess lol

June 15, 2017 at 12:09 pm
4K UHD discs are the physical format successor of blu-ray discs. It’s about damn time the first 6 seasons and Redemption are being released on Blu-ray!

June 16, 2017 at 2:51 am
@ Trevor, I don’t think that the “Previously on 24” was included in the original airing. The “Previously on 24” segments are typically about 2:00 long while the original monologue was about 25 seconds long. After compensating for the commercials, it would have not fit within the hour. But I am sure they could edit them and splice them in. I would be all for removing the 24 season 1 monologue. The voice of Jack narrating the monologue makes him sound like a complete wuss. Especially the part where he says, “This will be the longest day of my life.”

I am going to bet that the worst selling season of the original 24 blu-rays sell more copies than the 24: Legacy. The only people who are going to buy 24: Legacy on blu-ray are the people with OCD who feel their collection is not complete without it.

By law I believe that they have to repackage season 8 as the cover states that it is the “final season” which if you count season 9, it would not be the “final” season although LAD was marketed heavily as a limited series. Since the product is sold through the mail one could claim a variety of nuisance “false advertising” claims. Sort of like the guy who sued McDonalds a while back because a guy with a calculator determined that the menu items a la carte are cheaper than their corresponding “value menu” equivalents.

June 16, 2017 at 2:57 am
I bought LAD on DVD just to complete my collection even though I hated it when it originally aired.
Considering how bad Legacy was I might have to revisit LAD and reappraise it. Surely it can’t be as bad as Legacy was.

June 21, 2017 at 12:07 pm
Tom…I pretty much agree with you about LAD. I thought it was, by far, the worst of the 9 seasons, but at least watchable. However, compared to legacy, LAD is a masterpiece! I have all 9 seasons on DVD. if someone gave me the Legacy DVD as a gift, it would be in the trash in a matter of seconds. I truly hated it.

June 16, 2017 at 5:54 pm
The previously segments did indeed air. I have them on the Region 2 DVD set and on the iTunes release. Never understood why they cut them out for the US DVD release. It’s annoying because you can tell after the monologue that there are some weird cuts on some of the episodes.

June 26, 2017 at 9:44 pm
FOX did this with “Buffy the Vampire Slayer” and “Angel,” too (cutting the “Previously” segments). I think I read somewhere the logic was that people would not forget what they’d just watched when binge watching the DVDs. I know for “Buffy” they included the super recap for the 100th episode (that had a clip from every episode leading up to it). There are seconds of music from the recaps for “24” left on the Region 1 DVDs, right before the “The following takes place between…” narration.

June 16, 2017 at 9:12 am
It’s amazing how many times you can watch the original 24… I can’t watch Legacy without getting bored with it!! Especially when they used tony, pretty much for nothing . Love24 on bluray!!

June 26, 2017 at 9:46 pm
Amen! I LOVE the “24” commentary tracks and felt the sets for S8 and LAD were done on the cheap, the only bonus features being skimpy promotional material. Nothing beats that season 2 two-part production documentary.

Now… well, I’ll probably get them but I won’t be able to forget how badly they cocked up a great franchise, and how the story will never get a proper ending.

August 3, 2017 at 6:38 pm
I have the first 2 seasons from Japan and the quality is excellent although no HD audio and not even 5.1 on season one.
No bonus features at all.
But it still beats watching the show dependent on having a working internet connection at all times.
The price makes it one for die hard fans only but do you really want to wait?
Columbo came out on Bluray in Japan 6 years ago…….

October 28, 2017 at 8:46 am
Would you say the quality is a significant step up from the DVDs and an improvement on streaming? I’m very tempted to just import the whole lot but I can’t justify €250 based on Google Translated versions of the reviews on Amazon Japan.

October 28, 2017 at 8:50 am
There’s now a preorder available for a boxset which includes the entire series on Blu-ray (including Legacy):

Really sucks we haven’t heard of a US release. Is there any way we can contact 20th Century Fox Home Entertainment to ask about any plans for a US release?

September 6, 2018 at 6:52 pm
Anybody have any updates on any US blu-ray releases? Or any easier ways to order the Japanese versions?

I havent bought these discs yet, but I added them to my cart.

September 7, 2018 at 10:31 am
If you really want to order this release just go sign up for an amazon jp account. When you sign up you can specify an address outside Japan and anything sold by Amazon will ship there. I already have the later seasons on Blu-ray and wanted to get the earlier seasons so I went through this process, then saw the final price tag and backed out. $280 for the first 6 seasons shipped to the U.S. Think I’ll pass and hope this gets released in the U.S. eventually.

July 24, 2019 at 6:02 pm
The Blurays are far superior to the dvd’s as they should be. If you’re happy with streaming then wait until your broadband goes down for any length of time. I’m just doing a Bluray rewatch 2 years after they initially came out in Japan. As there are no bonus features, no deleted scenes, no extended episodes etc the Japan Blurays are for hardcore fans specially with the price too but with a US release nowhere in sight 2 years later I doubt any 24 fan will regret the purchase. Makes the dvd;s look very poor (although it has to be pointed out that at least some footage – most aerial shots in season 1 for starters – are still SD only)

2. How long until these discs get an American release? They deserve it!