Somebody’s going to die tonight on 24 — though Tristate fans of the Fox thriller don’t agree on who it will be.

It could be Victor Drazen (Dennis Hopper), the Balkan war criminal who has plotted to kill CIA agent Jack Bauer (Kiefer Sutherland) and presidential candidate David Palmer (Dennis Haysbert). Or Nina Myers (Sara Clarke), the CIA mole known to the Drazens as “Yalena,” who has double-crossed Jack. Or others.

No one is safe — except Jack — according to Enquirer readers’ predictions for the season finale today (9 p.m., Channels 19, 45). Here are their theories:

24 more: Good news! Not only has Fox renewed 24 for next season, but programmers insist the “real time” format won’t change. (Trade publications had predicted 24 would be changed so that each show encapsulated a 24-hour day.)

Fox Entertainment President Gail Berman announced Thursday that 24 next season again will be 24 episodes chronicling a day in the life of Jack Bauer. “We ultimately concluded that this was what the show was,” she said in a conference call.

The 24 producers have “laid out an arc for next season that blew us away. It really clarified for us that this was the way to go,” she says. (Trade publications speculate that for next season, President Palmer will send Jack on a secret CIA mission.)

Jack will be back — but she wouldn’t discuss other cast members until after tonight’s show. “I’ll be happy to talk about it after that,” she says. 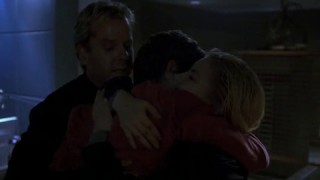 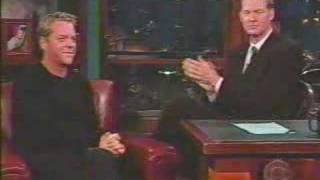 October 26, 2013 at 11:45 am
“It was possible for viewers to suspend their disbelief for one hellish day, but how many more days like this are likely to occur to the same man? What if this show runs five seasons? Or seven”

This show ended up going for 8 seasons with a miniseries on the way. How bout them apples?