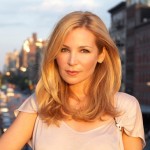 A ROGUE JACK BAUER REMAINS RESOLUTE IN HIS VENDETTA ON AN ALL-NEW “24” MONDAY, MAY 10, ON FOX

The return of Meredith Reed is interesting, and it seems like she may be the “unexpected lead” that Jack uncovers? Michael Madsen is back after an absence from episode 20, and that pesky Pavel (Renee’s assassin) is back again, hopefully for the last time – get him, Jack!

May 3, 2010 at 10:34 pm
Katee Sackhoff credited in episode 21 after shocking death of CTU Analyst Dana Walsh, she been shot & killed by Jack Bauer.