FOX has released a short viral video featuring Chloe O’Brian defending Jack Bauer and saying he’s not a traitor and to “stop hunting heroes.” The link points to Open-Cell.org which is the WikiLeaks type website run by hacker Adrian Cross (played by Michael Wincott).

There are numerous newspaper clippings and leaked documents related to the upcoming series, for example a leaked document outlining President Heller’s exact schedule for his London visit – information the terrorists will no doubt be eager to take advantage of.

Another government document reveals Jack Bauer is wanted for treason, homicide, attempted assassination of a state leader, and obstruction of justice.

The most interesting one is about Kate Morgan’s husband, a respected and high-level CIA agent, being found dead in an apparent suicide. He was being held in protective custody after being indicted for selling state secrets to the Russian Federation.

That backstory differs slightly from the one given in the “Jack is Back” special where Evan Katz said Kate’s husband sold secrets to the Chinese. Another inconsistency is the newspaper clipping about protesters saying the British Prime Minister is named Alastair Davies (he was announced as Trevor Davies).

This website will presumably be updated in the weeks leading up to 24: Live Another Day. It promises “the truth will be revealed in 24 days” which conveniently lines up with the season premiere on May 5th.

The Hollywood Reporter has a few more details on the campaign:

“”She really is such a key part of this show. We love Jack Bauer, and he’s the mainstay, but Chloe has created such an important persona,” says Fox executive vp of marketing Laurel Bernard. “She’s easily recognizable, and whenever we do research about the show, people call her out by name.”

All of our campaigns have pretty big social elements, but they don’t have built-in fanbases already,” adds Fox senior vp media and on-air planning Emily King. “This is giving us the freedom to not have to teach people who the characters are.”

The Chloe hack is not limited to commercials and Twitter accounts. Fox is also getting disruptive and inserting 15-second spots into affiliate morning news programs. The intent is already rallying existing fans — the 24 tease was among the most-viral moments of the 2014 Super Bowl — but its also intended to bring on new people.

“We’re making sure that people know they can jump into this show without having to experience the history of it all,” adds Bernard. “And having fewer episodes is going to really open it up a lot of new people.”

Update: Here’s an example of a news broadcast that Chloe “hacked into.” 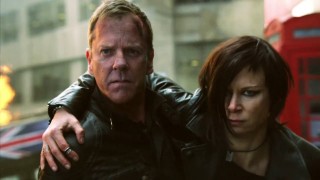 After airing four brief teasers throughout the Super Bowl, FOX finally debuted the 24: Live Another Day commercial in the fourth quarter, and it was worth the wait. This is the first new footage of 24 in four years! This amazing 24: Live Another Day Super Bowl promo exploded in popularity with the #JackIsBack hashtag… View Article 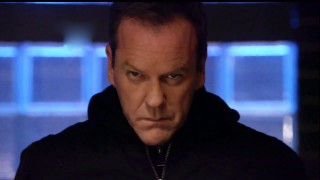 FOX has aired an extended sixty second promo for 24: Live Another Day with twice as much footage as the previous one. We get a good look at Yvonne Strahovski’s character, some more action scenes, and a few more plot details. Very exciting! The promo starts off with Bauer and a homeless man eating over… View Article 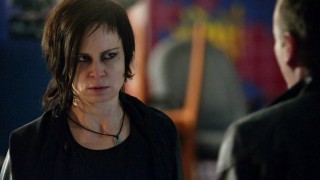 FOX has debuted a brand new 45 second promo for 24: Live Another Day during American Idol. This one features a lot of new scenes with Yvonne Strahovski, a glimpse of Michael Wincott‘s character Adrian Cross, and some more Jack Bauer goodness.