It’s hard to write about a show that’s as critically acclaimed as FOX’s new real-time drama “24” without giving anything way. Star Leslie Hope says it’s even harder trying to promote it.
“It’s so weird, but we’re under these strict mandates about what we’re allowed to say,” says the actress, who plays Teri, the wife of Jack Bauer (Kiefer Sutherland). She is charged with the task of trying to locate their missing teen daughter (Elisha Cuthbert) while her husband attempts to save the world — or at least a presidential candidate (Dennis Haysbert). “What I can tell you is I actually have laid eyes on Kiefer Sutherland and he’s lovely and charming.”

Hope, who has been a working actor for years, hasn’t been a series regular since she was on “Knot’s Landing” at the tender age of 18 — a fact that led the Nova Scotia native to flee back to Canada to film a movie instead of making the casting rounds during Hollywood’s annual pilot season.

“I’m not an actor who’s been able to sit back in my mansion and flip through scripts, so in this case I had actually left town because I could not bear the thought of going through another pilot season,” she laughs.

However, she did return in time to audition for “24,” although she did more so on the reputation of the producers and director than the basis of the script; she was given only one scene. Literally the last person seen for the role, she was hired the next day.

“The next morning I was at the network, and I had a job and I hadn’t read a script. I got so embarrassed to tell them. After I got the job, then I began to hear about the show. Then I read the script and thought, ‘Oh. Good thing it’s good, I’m going to work tomorrow.'”

“Having said all that, I think the conceit of the show is really strong. It has an interesting hook, but the strength of the show is in its writing, what happens within the scenes.”

With each episode accounting for a specific hour of the same day, the show’s production is a “block shoot” of two episodes filmed back-to-back over a 15-day stretch.

“Actually, the way it’s worked out has been fantastic for me and I think probably for most of the cast, even Kiefer, because they kind of compress our stuff into two or three-day blocks,” Hope says. “So I generally work two or three days a week, as do the other cast members. We all have our separate strong stories that go, but they’ve managed to schedule it so we’re really working part-time a little bit. My personal time is divided between the show and, this is a little bit weird, the PTA for my son’s school.”

Another bonus of a season dedicated to 24-hour period is not having to worry about what one is going to wear.

“Let me tell you, it’s the best thing in the world,” says Hope, “because when you’re working on any show like ‘Ally McBeal’ or ‘Sex and the City,’ where wardrobe is at all an issue, you’re spending that many more hours at the end of your work day trying out new stuff and going through fittings.”

“I don’t think Elisha’s as happy about it; she’d like to change it up a little bit. I feel like I’ve been doing this long enough that I don’t have to wear another, different pair of clothes ever again.”

Still, having one “hour” be the result of almost eight days of work would seem to warp one’s own reality, but other than being completely drained trying to maintain the heightened tension required constantly by the show, Hope says her personal time is as short as ever. “An hour still escapes right through my fingers just like that — it doesn’t seem to be translating into my real life very effectively.”

All joking aside, while “24” has had almost unanimous acclaim, there have been doubts expressed that audiences will tune in due to the current political climate. The show even went as far to edit out footage of a commercial plane blowing up in mid-air due to a terrorist bomb.

“I feel a couple of things about it, and I’m hardly an authority,” says Hope, who doesn’t own a TV herself. “The reality is our show doesn’t have much of that. I think frankly what they put into the trailer leaned into a little more of that actiony/counter-terrorist stuff than the show actually is. The show is much more about one man in an incredibly difficult situation, trying to save his wife, his daughter, a presidential candidate, his country and, in a way, himself.”

“I think it’s a show about someone who is human and heroic at the same time, and to me reflects a lot of what we saw [following Sept. 11]. I also think at the end of the day, it’s a television show, not what’s happening in the real world. If it reflects in any way what’s going on, that’s not necessarily a bad thing. If it provokes us to think about it in different ways, I don’t think that’s a bad thing either. But, at the end of the day, I think the show’s about a family and their relationship.”

“24” has all the markings of a hit, but as of last July’s press tour, it had only been given a 13-episode order. With the attacks of Sept. 11 causing networks to push their fall premieres back, things could get tight. Due to the World Series, FOX didn’t have the majority of its premieres until November, leaving little time for navel-gazing.

“My understanding is that they have to respond pretty quickly to at least order the scripts to not have to shut down and start up again. Which would be in everybody’s best interest,” says Hope. “I feel pretty confident that the show’s good and continues to be good and if the response is good we should know pretty quickly after we air.” 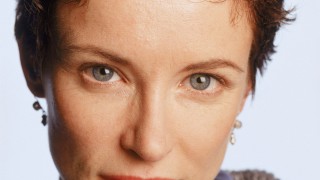