As the clock ticks closer to 24‘s highly anticipated return, a special, extended “Day 7″ trailer will have its worldwide premiere Thursday, Oct. 25 (1:00 PM ET/10:00 AM PT) at www.24trailer.com and in New York’s Time Square on the iconic News Astrovision by Panasonic. The worldwide premiere will be seen concurrently around the globe at locations, via mobile and online in the U.K., Canada, South America, Europe and Asia. The countdown to the trailer’s debut begins today at www.24trailer.com. The first promo for the new season is also scheduled to air during Game 2 of the World Series on Thursday, Oct. 25 (8:00 PM-CC ET/5:00 PM-CC PT) on FOX.

The innovative, addictive, Emmy Award-winning television series 24 resets the clock for “Day 7” with a special two-night premiere event beginning Sunday, Jan. 13 (8:00-10:00 PM ET/PT) and continuing in the series’ regular time period Monday, Jan. 14 (9:00-10:00 PM ET/PT) on FOX. The season will unfold without repeats, airing all originals through the season finale in June.

As part of News Corp.’s global commitment to fighting climate change, 24 has pledged significant and innovative changes to its production practices with the goal of saving energy and reducing carbon emissions. 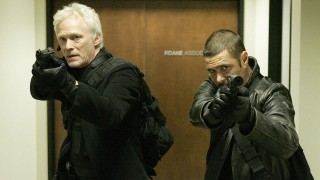