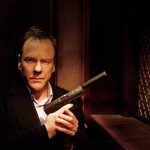 Kiefer Sutherland, internet star? That’s the plan: EW has learned exclusively that Sutherland will follow up his critically-beloved run on 24 with a web series that’ll bow on Hulu this March. Dubbed The Confession, the 10 five-to-seven-minute webisodes will feature Sutherland as a hitman who has a theological discussion with a priest (John Hurt of Harry Potter and the Deathly Hallows) about why his victims deserved to die. The series, which was written and directed by Brad Mirman, ends with one helluva twist.

“It came about in such a different way,” Sutherland tells EW exclusively. ”I was meeting a couple friends of mine, who wanted to introduce me to Chris Young (of Digital Broadcasting Group). I know so little about the internet, but that’s what a lot of friends do for work. Most of that stuff being produced for the internet is comedy, very much like Jackass kind of material, which is great but didn’t appeal to me.

“Chris started talking about wanting to do a drama, but his criteria was so different. A drama in five-minute episodes! It was one of those things, like a puzzle over the course of the lunch. It can’t be that complicated to figure out a story in five minutes, right? I couldn’t, and it frustrated the crap out of me. So I went home that night, still thinking about it, and it stayed with me for three days. I was falling asleep when I literally got this idea of a confessional.”

The Confession was shot over nine days in New York last month, right before Sutherland began rehearsals for Broadway’s That Championship Season, which also stars Jason Patric and Chris Noth. “In all fairness, it looks fantastic,” Sutherland said of the web series, which he is exec producing with Young, Joseph Gomes and Maura Mandt. ”We shot it in the fifth-largest snow storm. It was pretty amazing.”

Much of the story plays out in action-packed flashbacks. “We called on a lot of favors,” Sutherland admitted. “A dollar is a dollar. It gets you what you get. There’s no way around that, so you’re phoning dear friends for favors. None of us were paid what we normally get paid. Everybody found their own challenge in it, and that was the reason to do it. All of us believe very strongly that the internet is the future, the largest network in world, with the ability to reach a big audience.”

Young, who serves as the CEO of DBG, released this statement: “The Confession sets a precedent for what is possible in original webisodic content. Never before has something of this magnitude and motion picture quality come to the third screen. I’m thrilled to be working with such A-list talent and top-tier sponsors to finally capture and crystallize the seismic shift in how content of this caliber is released, distributed and enjoyed by an audience that will rival that of a hit television series.” 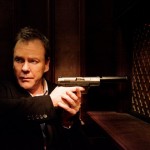 But fear not, Sutherland fans: The ex-Jack Bauer has not given up on primetime TV. ”We have a couple ideas we are working on that we are very excited about. 24 was a lot of work, it certainly had its ups and downs. But for so many reasons, it was one of the great experiences of my life. I miss the daily grind of it, which I was surprised about because that’s the one thing you complain about all the time. Be careful what you ask for!”

And more good news about the 24 franchise: Sutherland says a big-screen version is still in the works and, in fact, he hopes to begin production within a year. Though Fox ultimately nixed a script by Billy Ray (State of Play), the movie remains “the little engine that could,” Sutherland tells EW. He acknowledged that 20th Century Fox has been working with director/producer Tony Scott (Man on Fire, The Good Wife) on the project. “Billy did a fantastic job and there are aspects of that story [that will remain],” the actor says. “I couldn’t be more thrilled.”

Very exciting to see more Kiefer Sutherland! Looking forward to watching this in March. Here’s the Facebook page for The Confession with the first teaser trailer. 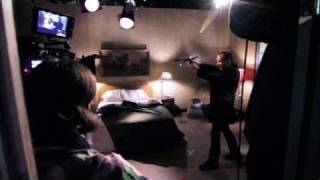 Behind the Scenes with Kiefer Sutherland on The Confession

Here’s a brand new, great behind the scenes video of Kiefer Sutherland and cast talking about The Confession. Includes interviews with Kiefer and co-stars John Hurt, Max Casella, Michael Badalucco, Greg Ellis, and writer/director Brad Mirman among others. YouTube Link: The Confession Behind the Scenes (original link via Hulu – US only) 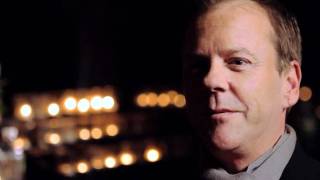 The Confession behind the scenes 2 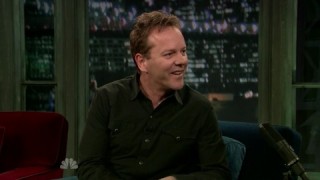 January 12, 2011 at 6:49 pm
I’m guessing the final helluva twist : Jack will ultimately kill the priest he just confessed to for 60 minutes.

It looks great, I’ll definitely check it out!

I find that sad, because Kiefer is a great actor and not like Jack Bauer at all, from what I’ve seen in interviews. Kiefer talks calmer and is a real gentleman.

February 4, 2011 at 7:55 pm
The priest is probably going to be the one he’s supposed to kill. And he’s giving him a chance to save himself.

As for who he’s supposed to kill….maybe it’s the priest. Or maybe it’s himself. Those are my thoughts anyway.

April 9, 2011 at 7:29 pm
Boring. He’s like his 24 character, except 24 is over. Let’s move on. Can he play any other type of role? I used to love Jack, but maybe not Kiefer if this is all he does. Plus, the episodes are too short and he wastes precious time of the new ones by recapping what happened in the old one. This is a dumb idea. Sad show. I LOVE John Hurt though, and that’s why I tuned in. Love his acting and his famous voice of course.